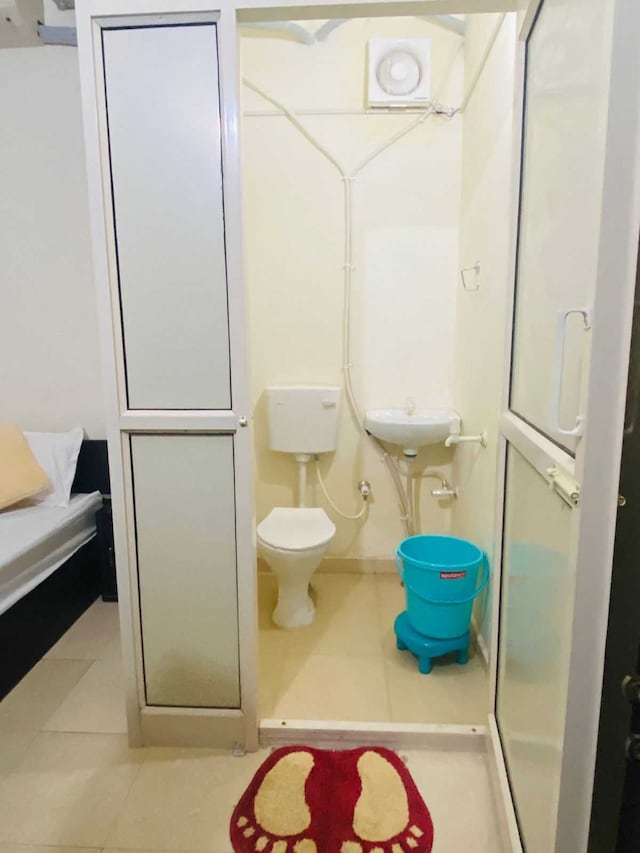 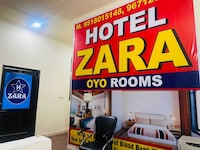 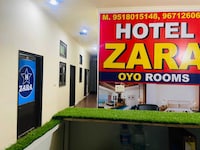 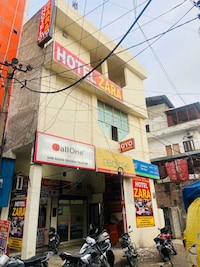 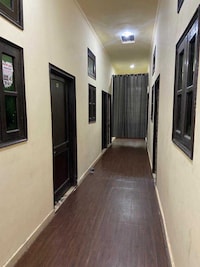 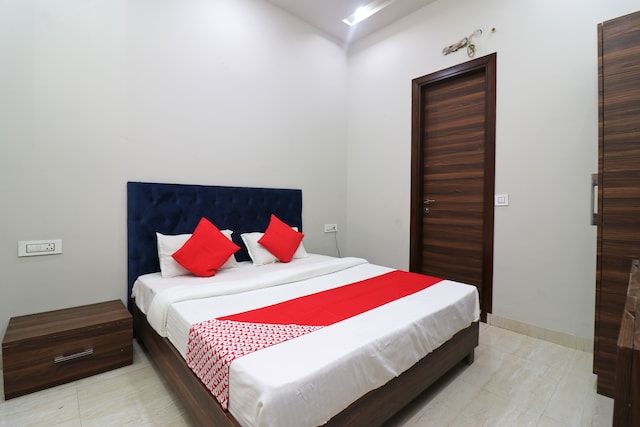 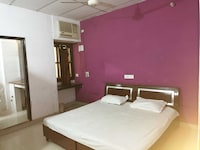 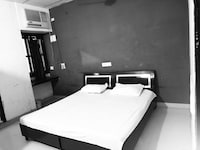 model town panipat Panipat Haryana, Panipat· 1.0 km
NEW
Free Wifi
Geyser
CCTV Cameras
+ 6 more
₹895₹170447% off
per room per night
Log in to unlock exclusive deals
Enjoy up to 15% extra discount on your bookings
Login
Get access to exclusive deals
Only the best deals reach your inbox
Your email
1

Panipat is a beautiful city in Haryana with a rich history of numerous tales. It is situated at a distance of 90 km from Delhi and 169 km from Chandigarh. The city is also famous in India by the name of ‘City of Weavers’ and ‘Textile City.’ It is also known as the ’cast-off capital’ for being the global center for recycling textiles. The three battles fought near the city were all turning points in Indian history. Considered to be one of the five cities (Panchpat) demanded by the Pandava brothers from Duryodhan during the great times of the Mahabharata, Panipat holds glory in its heart.

The city is home to various historic landmarks. Some such notable attractions include the statue of the Emperor of Delhi Hemu (Hemu Samadhi Sthal), Ibrahim Lodhi’s Tomb, and Obelisk Commemorated to the Third Battle of Panipat. The Kabuli Bagh Mosque, the first Mughal monument in India is a beautiful example of ancient architecture. Another historical site worth exploring is the Kala Amb Park where the third battle of Panipat was fought. To know more about archeology, art and crafts, and the history of this place, one can visit the Panipat Museum. Shree Devi Temple, Tomb of Bu-ali-shah Qalandar, and the Original Babri Masjid are a few other places of importance. Panipat District plays a significant role in the international market for handloom products and is the biggest center of ‘shoddy yarn’ worldwide. While you are there, you can shop for darris, carpet mats, table covers, bedsheets, bed covers, curtains and more. If we talk about the accessibility to this city, it is 99 km away from Indira Gandhi International Airport in Delhi and is well connected by a good rail network with bus routes to all prominent cities around.

The Experience of OYO Hotels in Panipat

You can easily find OYO hotels at convenient places like Sanjay Chowk, Samalkha, and bus-stand in Panipat. The average price for OYO hotels in Panipat ranges between INR 436 to INR 1,528 per night. For your stay in Panipat, you can choose from OYO rooms, OYO Premium, Capital O, and Spot On depending on your budget and preferences.

These hotels boast of contemporary interiors, clean and spacious rooms, proximity to popular eateries, and a rejuvenating ambiance for you to soak in the essence of Panipat. After a fulfilling and hectic day of sightseeing, your OYO room is where you would want to return.
Read MoreRead Less

Showing 1 - 10 of 10
1.
What are the budget & premium options available to stay in Panipat?
Some of the budget accommodation options in Panipat are SPOT ON 37452 Kataria Guest House, SPOT ON 45495 Satya Guest House, OYO 48861 Baba Dhaba and OYO 40256 Sunshine Punjabi Dhaba. The premium options are OYO 18465 Hotel Nestway and OYO 29566 Hotel Mid Town.
Read MoreRead Less
2.
How many Panipat hotels are available for booking at OYO?
There are 14 hotels in Panipat available for booking on OYO.
Read MoreRead Less
3.
What is the price range of hotels in Panipat?
In Panipat, the price range of hotels is between Rs. 378 and Rs. 1778.
Read MoreRead Less
4.
What are some of the best economy hotel options near the railway station?
OYO 15993 Hotel Ashoka Guest House (750 metres), OYO 44808 Hotel My India (850 metres), SPOT ON 45495 Satya Guest House (1.7 km) and SPOT ON 37452 Kataria Guest House (1.8 km), are some of the economy hotels near the railway station.
Read MoreRead Less
5.
How to reach the city?
Panipat does not have its own airport. The closest one is Indira Gandhi International Airport in New Delhi which is about 109 km away. Panipat Junction railway station makes it easy to travel from other cities of the country through regular trains. Also, buses operate regularly to and from other major cities.
Read MoreRead Less
6.
What are the places to visit in Panipat?
Some of the places to visit in Panipat are Tomb of Bu-Ali Shah Kalandar, Kabuli Bagh Masjid, Kala Amb Park, Panipat Museum and Ibrahim Lodhi Tomb.
Read MoreRead Less
7.
Why do the hotel fares change so frequently in Panipat?
Major festivals that are celebrated in the city are Lohri, Gangore Festival, Teej Festival, Gugga Navmi, Baisakhi and Dussehra. Around these festivals, hotel prices usually increase.
Read MoreRead Less
8.
What is a good time to visit Panipat?
October to February is the most favourable time to visit Panipat.
Read MoreRead Less
9.
What is the best food that you can eat here?
The must-try dishes here include Kadhi pakora, Bajra roti, Kheer, Gajar ka Halwa, Besan masala roti, Aloo roti and Bathua raita, among others.
Read MoreRead Less
10.
Is Panipat covered by bus/cab network? What is the best way to travel across Panipat?
Buses, autos, cycle rickshaws and taxis are the transportation options in Panipat. Public transport is the most preferred way of getting around the city.
Read MoreRead Less
Download OYO app for exciting offers.
Download on theApp StoreGet it onGoogle Play
About UsTeams / CareersBlogsSupportOfficial OYO BlogInvestor RelationsOYO CircleOYO Frames
Terms and conditionsGuest PoliciesPrivacy PolicyTrust And SafetyCyber SecurityResponsible Disclosure
Feeling lucky? Try out a random OYO. Find OYO
Have Queries ? Call for any assistance on 0124-6201600
OYO Townhouse
Your Friendly Neighbourhood Hotel
OYO SilverKey
Executive Stays
OYO HOME
Unlocking Homes
HOTELS BY CITY
Hotels near meHotels in GoaHotels in PuriHotels in MahabaleshwarHotels in OotyHotels in JaipurHotels in ShimlaHotels in ManaliHotels in UdaipurHotels in MussoorieHotels in PondicherryHotels in DelhiHotels in MumbaiHotels in NainitalHotels in LonavalaHotels in MunnarHotels in BangaloreHotels in MysoreHotels in DarjeelingHotels in Mount AbuHotels in KodaikanalHotels in HyderabadHotels in PuneHotels in ChandigarhHotels in ShirdiHotels in AgraHotels in GangtokHotels in CoorgHotels in ChennaiHotels in TirupatiHotels in DalhousieTravel GuideAll Cities HotelsCoupons
MOST POPULAR HOTELS
Hotels in HaridwarHotels in KolkataHotels in AhmedabadHotels in ShillongHotels in RishikeshHotels in VaranasiHotels in AlibaugHotels in MandarmaniHotels in SaputaraHotels in DamanHotels in OotyHotels in YercaudHotels in AmritsarHotels in MaduraiHotels in CoimbatoreHotels in KasauliHotels in DehradunHotels in DharamshalaHotels in GuwahatiHotels in LucknowHotels in McleodganjHotels in KatraHotels in Port BlairHotels in IndoreHotels in JaisalmerHotels in JodhpurHotels in PachmarhiHotels in VijayawadaHotels in TrivandrumHotels in Vizag
2013-2022 © Oravel Stays Limited