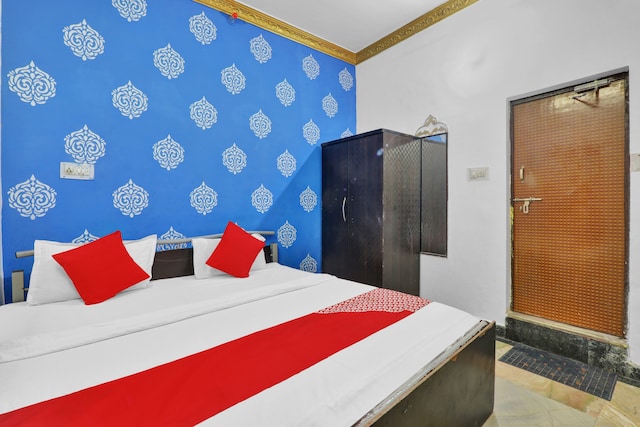 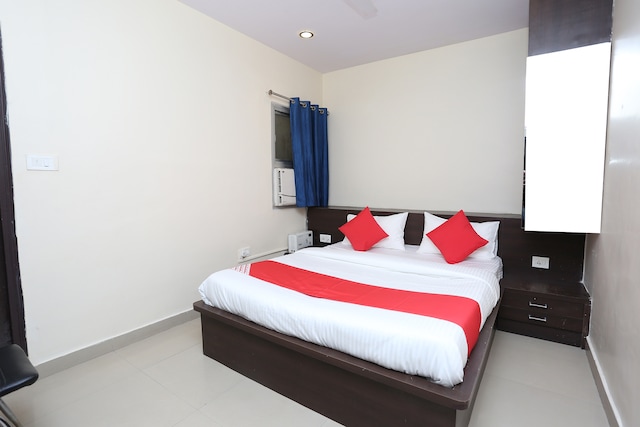 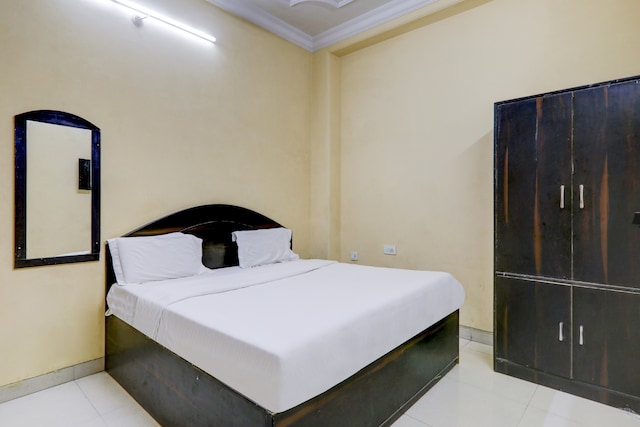 India, Lucknow· 4.3 km
NEW
Reception
Caretaker
Bedside Table / Desk
+ 19 more
₹1598₹304447% off
per room per night
Get access to exclusive deals
Only the best deals reach your inbox
Your email

Near Charbagh Metro, Rajendra Nagar, Lucknow· 2.8 km
10 people booked this hotel today
4.1 (178 Ratings)·Very Good
Reception
Free Wifi
Geyser
+ 8 more
WIZARD MEMBER
₹849₹134436% off
per room per night
Get access to exclusive deals
Only the best deals reach your inbox
Your email
12345678910
For travellers interested in art, architecture and food, Lucknow should definitely rank high on the travel bucket list in India. Lucknow is a must-visit. The sights, tastes and smells are an exclusive exposition of how the city has evolved over the years. There are many who believe the city has lost quite a lot of its charm and is bursting at the seams with a population growing. Lucknow, however, is still one of those places where grace and culutre is part of everyday life.
The swift turns of a kathak performance, the language of rickshaw pullers, the perfect stitch of chikankari and the way kebab melts into the paratha are just some of the many peculiarities that make the city what it is. The city is liberally dotted with British Raj–era buildings, including the famous Residency that boasts of two resplendent mausoleums. The Uttar Pradesh capital plays a third fiddle to Agra and Varanasi, but caters to history enthusiasts. By contrast, the modern and beautiful side of Lucknow has an Iron Curtain-esque feel, with grand monuments as well as parks and gardens. There are marble sidewalks and pink sandstone. One will definitely be interested in the beauty of Lucknow from an aesthetic standpoint. The city gained prominence as the place where the Nawabs of Avadh (Oudh), who were patrons of the culinary and other arts, stayed. The Nawabs had a hand to play in developing dance and music. The city’s reputation as a hub of culture, rich cuisine and easy living continues to persist even today.


Places to Visit in Lucknow

One of the famous tourist places in Lucknow is the Bada Imambara. One can also visit the clock tower and baradari (summer palace). The complex can be accessed through two large gateways that lead to a huge courtyard. On one side is the beautiful mosque while the large baori (step-well) can also be explored. At the other end of the courtyard is the central hall, which houses one of the world’s biggest vaulted galleries. Tazias (replicas of Imam Hussain’s tomb in Iraq) are stored inside and are displayed during Muharram.
A visit to the Residency will give you a front row seat to a restaging of the dramatic events that led to the 1857 First War of Independence and the Siege of Lucknow. The compound is in the same condition, with the walls dotted with bullets and cannon balls.

Best Time to Visit in Lucknow

Lucknow is a beautiful place to visit and can be toured throughout the year. However, Lucknow is best visited from October to March so visit and book budget hotel in Lucknow. This is usually the peak season. One should avoid visiting the city during summer as temperature soars. There are a number of affordable premium and budget hotels in and around Bara Imambara, Shai Bawali, Asifi Masjid and other locations. For travellers that do not want to stray too far from important hubs can stay near the airport or railway station. The OYO hotels are well-equipped and have a number of facilities for you to use.

With OYO you can now book hotels in Lucknow with rooms that are budget friendly and extremely comfortable. You can choose from the 140 OYO accommodations in Lucknow at oyorooms.com and get a 25% off on your online hotel booking. Accommodation type includes hotels, resort and apartments with booking price ranging from 500 to 3000 per night for your stay in Lucknow.
Facilities at oyorooms include bar, conference rooms, banquet hall, mini fridge, parking facility, free wifi, AC rooms, TV, complimentary breakfast and gym. More offers on hotels in Lucknow are available on OYO.
Have a fantastic stay in Lucknow with OYO rooms in a top rated hotel in Lucknow. Select the OYO type, rooms for business travelers and family hotels. Book a room with OYO at prime locations in Lucknow. Sign up now with OYO to book hotels in Lucknow with the best offers.
Use OYO Coupons to get amazing deals on bookings.
Read MoreRead Less

Showing 1 - 10 of 10
1.
Are OYO hotels in Lucknow sanitised?
OYO offers sanitised stays in Lucknow that follow a strict SOP for check-in & check-out, housekeeping and room service. These hotels are disinfected and sanitised regularly keeping your health as a priority.
Read MoreRead Less
2.
What are some of the best accommodation options in Lucknow?
OYO Rooms has various accommodations options throughout the city. You can find a good place to stay based on what you plan to do in the city and also your budget

Best Accommodations View more hotels in hotels in Lucknow
Read MoreRead Less
3.
Which are the best places to visit in Lucknow?
There are many exciting things to do in Lucknow as it is packed with heritage buildings, museum and other places. You can explore the Bara and Chota Imambara which are great historical and architectural monuments. Go on Heritage walk in Lucknow and feel the influence of Mughlai presence to Chowk area and Kaiserbagh area. Spend a day in the Lucknow Zoological Garden, Visit the renowned park in Lucknow which is the Ambedkar Park or go for a family outing to the Kukrail Picnic Spot. Don’t miss out to see Rumi Darwaza also known as Turkish Gate which is an example of Awadhi architecture. British Residency is another famous attraction that is a must see. Chandrika Devi Temple and Hanuman temple are the religious places where you can go to seek blessings. Husainabad Clock tower, Begum Hazrat Mahal Park, Jama Masjid are some of the other must-visit places in Lucknow.
Read MoreRead Less
4.
What is the best food that you can eat in Lucknow?
When you are in the City of Nawabs, savour the various Lucknowi delicacies. Eat Galauti Kebab which is a special delicacy and a must try at Tunday Kababi , Boti kabab, and Rogan josh at Dastarkhwan, Lucknowi biryani at Wahid Biryani and Mutton biryani at Lalla Biryani are full of flavour and loved by all. Haji Abdul Rahim Hotel serves delicious Lucknowi payai ki nihari and kulcha. Other restaurants where you can eat are Marksman, Aryans, Moti Mahal, Sakhawat’s and more. For satisfying your sweet buds eat Malai ki gilori at Ram Asrey sweets, Sheermals at Sheermal ki Galli, Khoya Ladoo at Haji sweet shop and Kulfi at Prakash Kulfi. Lucknowi paan at Mehrotra paan is a msut have to complete your meal.

Also, do not miss out on the varieties of chaat available in Lucknow like pani ka batasha and dahi batasha at Royal Cafe, dahi bhallas at Chapan Bhog and aloo tikki and gol gappe at King Chat Corner.
Read MoreRead Less
5.
What are some of the best stay options near the Railways?
You can find some of the most affordable and comfortable OYO Rooms near Lucknow Charbagh railway station.
 OYO 8379 Hotel Kamal
 OYO 28193 Navya Inn Deluxe
 OYO 10851 Metro View
View more hotels near the railway station in Lucknow
Read MoreRead Less
6.
What are some of the best economy accommodations near the airport?
Near the Chaudhary Charan Singh International airport, you can easily book any of OYO Rooms affordable and comfortable accommodations. Here are a few options for you:
OYO 8379 Hotel Kamal
OYO 27923 Satya Shiv Resort
OYO 10851 Metro View
View more hotels near the Airport in Lucknow
Read MoreRead Less
7.
Is Lucknow covered by metro/bus network? What is the best way to travel across the city?
Lucknow has a dedicated bus network provided by Uttar Pradesh State Road Transport Corporation which charges nominal rates for long distances. Autorickshaws and cycle rickshaws are popular and inexpensive modes of transport available which will cost you around Rs 30 for a short ride. You can also get a shared autorickshaw for Rs. 10 to Rs. 15. For self-exploring the place, you can hire a four-wheeler or a two-wheeler. There are taxis also available that can be hired to explore the city.
Read MoreRead Less
8.
What are the main shopping areas in Lucknow?
Lucknow has the best budget shopping destinations. Some of them are Janpath, Chowk, Hazratganj and Aminabad which are well known for Chikan Kari kurta and Attar. Naka Hindola is a famous electronic market where you get almost all kinds of electronic essentials while Yahiyaganj is a famous spice market and it also has a wholesale market for toys, cosmetics etc. Sadar Bazaar is another great shopping destination in Lucknow where you can get good stuff at highly affordable prices.
Read MoreRead Less
9.
What are the best places to hang out at night in Lucknow?
There are many good places in Lucknow to hang out and chill at night. K.D.Singh Babu Stadium is a great place having shops selling paan, soft drinks and ice cream and a great attraction for tourists. Go to Rumi Darwaza which looks surreal at night or Enjoy ice cream at Samta Mulak chowk or take a walk at Marine Drive. Farzi Café and The Flying Saucer Café is a must visit hangout place in Lucknow. To make your nightlife more exciting you can go to Underdoggs Sports Bar, Spice caves or to the nightclub called Saqi at Taj Vivanta. 5 CR Lounge, Skybar, Big Daddy, The Metropolitan Club, Grand Cabana are some other good places to hang out at night.
Read MoreRead Less
10.
What are the fun places for kids in Lucknow?
There are many fun places for kids where they can enjoy and have fun in Lucknow. Go to Four Seasons Fun City or Anandi Water Park or Dream Valley Resort for fun water rides and full family entertainment. Picnic at Dilkusha Garden or Kukrail Picnic Spot or go to Fun Republic mall and East End Mall which is a great place to enjoy with kids. Visit Lucknow Zoological Garden where kids can enjoy watching the different fascinating animals and birds.
Read MoreRead Less
Download OYO app for exciting offers.
Download on theApp StoreGet it onGoogle Play
About UsTeams / CareersBlogsSupportOfficial OYO BlogInvestor RelationsOYO CircleOYO Frames
Terms and conditionsGuest PoliciesPrivacy PolicyResponsible DisclosureTrust And Safety
Feeling lucky? Try out a random OYO. Find OYO
Have Queries ? Call for any assistance on 070651 11128
OYO Townhouse
Your Friendly Neighbourhood Hotel
OYO SilverKey
Executive Stays
OYO HOME
Unlocking Homes
HOTELS BY CITY
Hotels near meHotels in GoaHotels in PuriHotels in MahabaleshwarHotels in OotyHotels in JaipurHotels in ShimlaHotels in ManaliHotels in UdaipurHotels in MussoorieHotels in PondicherryHotels in DelhiHotels in MumbaiHotels in NainitalHotels in LonavalaHotels in MunnarHotels in BangaloreHotels in MysoreHotels in DarjeelingHotels in Mount AbuHotels in KodaikanalHotels in HyderabadHotels in PuneHotels in ChandigarhHotels in ShirdiHotels in AgraHotels in GangtokHotels in CoorgHotels in ChennaiHotels in TirupatiHotels in DalhousieTravel GuideAll Cities HotelsCoupons
MOST POPULAR HOTELS
Hotels in HaridwarHotels in KolkataHotels in AhmedabadHotels in ShillongHotels in RishikeshHotels in VaranasiHotels in AlibaugHotels in MandarmaniHotels in SaputaraHotels in DamanHotels in OotyHotels in YercaudHotels in AmritsarHotels in MaduraiHotels in CoimbatoreHotels in KasauliHotels in DehradunHotels in DharamshalaHotels in GuwahatiHotels in LucknowHotels in McleodganjHotels in KatraHotels in Port BlairHotels in IndoreHotels in JaisalmerHotels in JodhpurHotels in PachmarhiHotels in VijayawadaHotels in TrivandrumHotels in Vizag
2013-2021 © Oravel Stays Private Limited