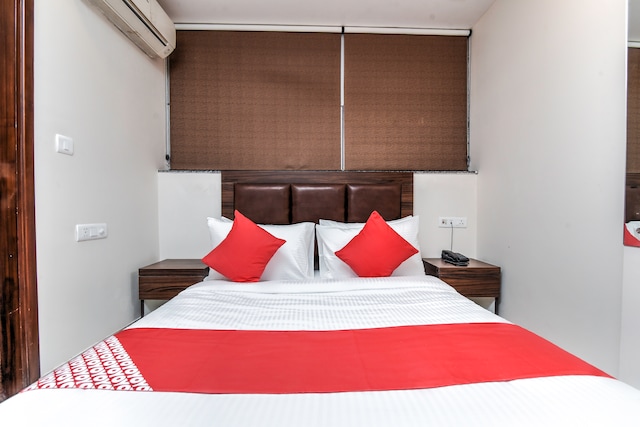 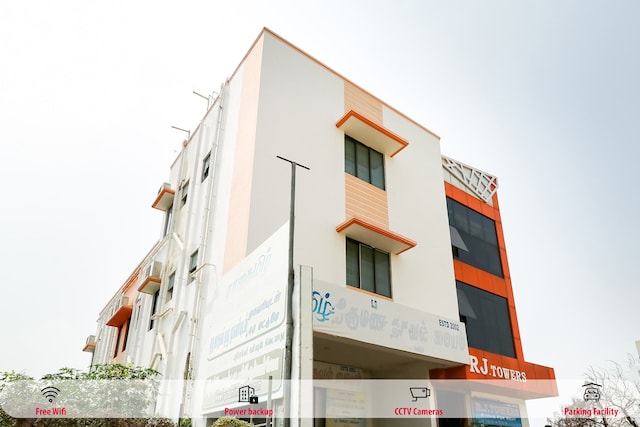 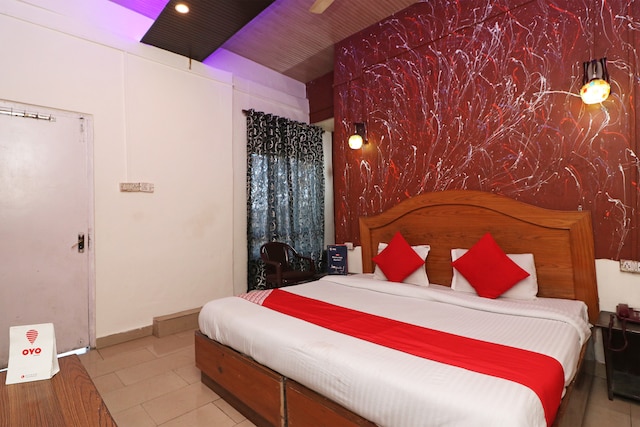 India, Madurai· 25.7 km
4.1 (5 Ratings)·Very Good
Doctor on Call
Reception
CCTV Cameras
+ 6 more
WIZARD MEMBER
₹1756₹292639% off
per room per night
12
The cultural headquarters of the state of Tamil Nadu is Madurai, being the second largest city in it. Located on the banks of the River Vaigai, it is considered to be an essential educational and industrial hub. It is popularly known as ‘Athens of the East’.

The months between October to March are absolutely ideal for visiting Madurai. With the summers being quite hot and the monsoons experiencing heavy rainfall, the winter months are the best allowing you to make the most of your trip.

Being home to some of the biggest and most beautiful temples in the state, Madurai is known for making you feel peaceful and divine so visit best places in Madurai. Sri Meenakshi Temple, Alagarkoli Temple and Shrine, Pazhamudhir Solai, Koodal Azhagar Temple, and Thirupparamkunram Murugan Temple are the most popular ones in the city with many more too. Opposite the east tower of the Meenakshi Temple is the Puthu Mandapam which is 17th century pillared hall home to several retailers selling a variety of products. The St. Mary’s Cathedral is one of the oldest Roman Catholic churches in the country and can be found on East Veli Street in the city. There are several good hotels in Madurai in this area. The Gandhi Memorial Museum is one of its kind enlightening visitors about the city’s past. You simply cannot miss the Thirumalai Nayakkar Mahal which is a beautiful palace boasting of the rich architectural heritage of the city. Children can have a great time at the Athisayam which is a popular amusement park on the outskirts of the city and you can book a stay at the Madurai hotels here.

After choosing your destination, one of the main concerns that you have regarding your vacation is booking a good place to stay in which is not just comfortable but also at a good location; allowing you to cover all that you intend to. OYO Rooms and hotel in Madurai offer all this and more as there are plenty of rooms to choose from depending on your budget and places of hotels. The OYO Rooms near the Meenakshi Amman Temple are just perfect for religious people who wish to cover most of the temples and other holy places when visiting the city. This budget hotel in Madurai is also quite close to the Koodal Alagar and Pazhamudhir Solai Temple. You will be able to visit all the popular temples in a short span of time by staying in these OYO rooms.
If you are travelling to Madurai for official purposes then you must either opt for the OYO rooms near Periyar Bus Stand or the ones at Madurai Junction Railway Station. Parking, laundry and complimentary breakfast is offered here and being in close vicinity to the major railway station and bus stands in the city, these rooms allow you to complete all your work and catch the train or bus at the last minute if need be. Also enjoy a beautiful view of the Vaigai River from these cheap hotels in Madurai. The Madurai International Airport is around 12 kilometers away from the Madurai Junction Railway Station thereby being not very far from these OYO rooms. Honeymoon couples and leisure travellers who are looking to relax and unwind in the city and explore it slowly can book a OYO room at West Marret Street, Mahaboop Palayam or West Avani Moola Street as these are near to several tourist spots and attractions while being surrounded by some great local restaurants and shopping malls and markets. The OYO Rooms at West Avani Moola Street have complimentary breakfast and laundry services available while the one in West Marret Street offer parking, laundry and complimentary breakfast. So book your OYO Room as soon as you book your tickets to Madurai and sit back and relax.
Read MoreRead Less
Download OYO app for exciting offers.
Download on theApp StoreGet it onGoogle Play
About UsTeams / CareersBlogsSupportOfficial OYO BlogPress KitOYO CircleOYO Frames
Terms and conditionsGuest PoliciesPrivacy PolicyResponsible Disclosure
Feeling lucky? Try out a random OYO. Find OYO
Have Queries ? Call for any assistance on 070651 11128
OYO Townhouse
Your Friendly Neighbourhood Hotel
OYO SilverKey
Executive Stays
OYO HOME
Unlocking Homes
HOTELS BY CITY
Hotels near meHotels in GoaHotels in PuriHotels in MahabaleshwarHotels in OotyHotels in JaipurHotels in ShimlaHotels in ManaliHotels in UdaipurHotels in MussoorieHotels in PondicherryHotels in DelhiHotels in MumbaiHotels in NainitalHotels in LonavalaHotels in MunnarHotels in BangaloreHotels in MysoreHotels in DarjeelingHotels in Mount AbuHotels in KodaikanalHotels in HyderabadHotels in PuneHotels in ChandigarhHotels in ShirdiHotels in AgraHotels in GangtokHotels in CoorgHotels in ChennaiHotels in TirupatiHotels in DalhousieTravel GuideAll Cities HotelsCoupons
MOST POPULAR HOTELS
Hotels in HaridwarHotels in KolkataHotels in AhmedabadHotels in ShillongHotels in RishikeshHotels in VaranasiHotels in AlibaugHotels in MandarmaniHotels in SaputaraHotels in DamanHotels in OotyHotels in YercaudHotels in AmritsarHotels in MaduraiHotels in CoimbatoreHotels in KasauliHotels in DehradunHotels in DharamshalaHotels in GuwahatiHotels in LucknowHotels in McleodganjHotels in KatraHotels in Port BlairHotels in IndoreHotels in JaisalmerHotels in JodhpurHotels in PachmarhiHotels in VijayawadaHotels in TrivandrumHotels in Vizag
2013-2021 © Oravel Stays Private Limited