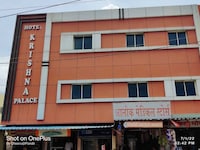 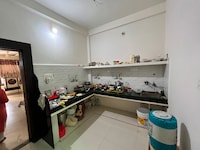 Near Dewas Gate Bus Stand, Malipura Road, Ujjain· 1.0 km
Erratic check-in experience
3.2 (285 Ratings)·Fair
Free Wifi
Geyser
Power backup
+ 8 more
Sold Out
Log in to unlock exclusive deals
Enjoy up to 15% extra discount on your bookings
Login
Get access to exclusive deals
Only the best deals reach your inbox
Your email
1
Also known as the City of Temples, Ujjain is the largest city in the state of Madhya Pradesh and is located on the eastern bank of the River Shipra. This city is considered to be one of the holiest ones in the nation and is also a famous pilgrimage centre.

The winter season is the best time to visit Ujjain with the temperature ranging from 3 to 20 degrees Celsius during this season. The months between October to March experience winters and are an ideal time to travel to this city. Summers are quite hot and best avoided unless you plan to visit the Kumbh Mela which is held in summers.The nearest airport to Ujjain is in Indore which is located around 62 kilometres away.

The presence of the Mahakaleshwar Jyotirlinga makes it the perfect place for pilgrimage. It is visited by thousands of devotees annually and is considered to be an extremely holy place for the Hindus. Other popular temples include Kal Bhairav Temple, ISKCON Temple, Gopal Mandir and Chintaman Ganesh Temple.One of the most popular attractions of the city is the Ujjain Simhasth Kumbh which is a huge religious gathering. You must book a hotel in Ujjain well in advance if you wish to visit this city during the Kumbh Mela. The Ram Mandir Ghat is a beautiful ghat on the banks of the River Shipra. The Bhartrihari Caves, Jantar Mantar and Vikram Kirti Mandir Museum are other tourist spots which are worth visiting when in the city.

When OYO Rooms offer the perfect choice of budget hotel in Ujjain which is not only affordable and comfortable but centrally located too, why would a traveller opt for anything else? Religious people should opt for the OYO Rooms near the Mahakaleshwar Temple in Hariphatak and Dhaba Road especially if you are visiting the city during the Simhastha Kumbh Mela which takes place in April and May. It will be easier to commute to the temple and Mela anytime of the day. Other nearby tourist attractions includes Ram Ghat and Harsiddhi Mandir; both of which are equally popular. Avail parking space and complimentary breakfast along with the rooms.If you are a business official who is visiting the city for official purpose only, then the OYO Rooms opposite the Railway Station and Sindhi Colony are just perfect for you. Being in close vicinity to the railway station, these rooms are the perfect example of low budget hotels in Ujjain as they offer a comfortable stay well within your budget. Getting in and out of the city is made easy allowing you to make the most of your stay. Complimentary breakfast, parking and laundry services are available here.Honeymoon couples or leisure travellers can also choose from several options such as the OYO Rooms on Indore Ujjain Road, Doodh Talai and Mahakal Marg Ring Road Square. These rooms offer a plethora of amenities to the guests such as parking, laundry and complimentary breakfast and ensure that the traveller’s trip is luxurious and refreshing by all means. Being centrally located, you can get to any place quickly as public transport is easily available in these Ujjain hotels. Indore, Kota and Bhopal are some fast getaway destinations from Ujjain in case you wish to increase your holiday by a few days. Do not forget to book your OYO Rooms and hotels in Ujjain and in these cities as well!
Read MoreRead Less

Showing 1 - 10 of 10
1.
What are the steps to book economical hotels in Ujjain ?
With OYO, you can get economic hotels with excellent facilities in Ujjain. To get list of budget hotels, select the option of "Budget" from the "Property Type" filter or you can follow this link - https://www.oyorooms.com/budget-hotels-in-ujjain/
Read MoreRead Less
2.
We have a serious patient with us. So could you please help me book Ujjain hotels withe wheelchair facility?
OYO is there for you in trying to give every desired facility. To book wheelchair accessible hotels, you can just visit this link - https://www.oyorooms.com/hotels-in-ujjain/with-wheelchair-accessible/ or you can even select 'Wheelchair Accessible' from the section 'Hotel Amenities'.
Read MoreRead Less
3.
How do I apply discount coupons while booking rooms in Ujjain ?
OYO makes it very convenient for its users to get the best deals in hotels. You don't need to search for a discount coupon, as coupon codes are automatically applied to your hotel bookings.
Read MoreRead Less
4.
How to book the best hotels in ujjain near mahakaleshwar temple ?
For booking the finest hotels near Mahakaleshwar Temple, you first need to click on the link - https://www.oyorooms.com/hotels-near-mahakaleshwar-temple-ujjain/ . Then you need to select the option of 'Premium' under the 'Property types' filter section and then book your pick.
Read MoreRead Less
5.
What to buy in Ujjain ?
Among many things, Ujjain is mostly known for its stone crafts which are small beautiful statues that are carved out of stone by skilled craftsmen. Besides this you can also buy many local ethnic crafts and handcrafts and are produced only in this region. You will find many traditional things that are produced and sold here. Besides this you can also buy jewellery that have modern and ethic designs, leather goods that are a speciality of this place and all the modern goods and gadgets. Since this is a pilgrimage spot you will find many religious items also on sale out here like idols of gods and goddesses, devotional music, items for worship etc.
Read MoreRead Less
6.
How well is Indore connected by road ?
Ujjain is well connected by road. Regular bus services are available from Indore (55 km), Gwalior (450 km), Ahmedabad (400 km) and Bhopal (183 km) to Ujjain. Air-conditioned buses are also available in these routes. Also safe, quick and comfortable travel as Inter-city packages trips (outstation trips) is available to Ujjain by taxi.
Read MoreRead Less
7.
How far is Ujjain railway station from Mangalnath Mandir ?
The distance between Mangalnath Mandir and Ujjain Junction is around 6 kms and it takes around 15-20 minutes to travel via Ujjain - Agar Road.
Read MoreRead Less
8.
Help me find cheap hotels in Ujjain near nanakheda bus stand.
OYO is a budget accommodation chain and it offers you hotel rooms at all prices, you can choose the price through "Price" filter or choose "Property Type" depending on the property you're willing to choose. We have accommodations for one and all! The link is - https://www.oyorooms.com/hotels-in-nanakeheda-bus-stand-ujjain/
Read MoreRead Less
9.
Where will i find budget hotels in Ujjain?
OYO offers low budget stays all across the country. Here you can choose from a range of budget hotels in Ujjain, just by choosing 'Budget' category under the 'Property type' section. It will then enlist Ujjain low price hotels to choose from. You can also find the list by clicking the folllowing link: https://www.oyorooms.com/budget-hotels-in-ujjain/
Read MoreRead Less
10.
How to find Ujjain hotel deals
OYO offers best deals for hotels in Ujjain at a discounted rate of around 25%. You don't have to search for any specific coupon code for Ujjain hotels as the discount coupons are already applied when you are booking hotel.
Read MoreRead Less
Download OYO app for exciting offers.
Download on theApp StoreGet it onGoogle Play
About UsTeams / CareersBlogsSupportOfficial OYO BlogInvestor RelationsOYO CircleOYO Frames
Terms and conditionsGuest PoliciesPrivacy PolicyTrust And SafetyCyber SecurityResponsible Disclosure
Feeling lucky? Try out a random OYO. Find OYO
Have Queries ? Call for any assistance on 0124-6201600
OYO Townhouse
Your Friendly Neighbourhood Hotel
OYO SilverKey
Executive Stays
OYO HOME
Unlocking Homes
HOTELS BY CITY
Hotels near meHotels in GoaHotels in PuriHotels in MahabaleshwarHotels in OotyHotels in JaipurHotels in ShimlaHotels in ManaliHotels in UdaipurHotels in MussoorieHotels in PondicherryHotels in DelhiHotels in MumbaiHotels in NainitalHotels in LonavalaHotels in MunnarHotels in BangaloreHotels in MysoreHotels in DarjeelingHotels in Mount AbuHotels in KodaikanalHotels in HyderabadHotels in PuneHotels in ChandigarhHotels in ShirdiHotels in AgraHotels in GangtokHotels in CoorgHotels in ChennaiHotels in TirupatiHotels in DalhousieTravel GuideAll Cities HotelsCoupons
MOST POPULAR HOTELS
Hotels in HaridwarHotels in KolkataHotels in AhmedabadHotels in ShillongHotels in RishikeshHotels in VaranasiHotels in AlibaugHotels in MandarmaniHotels in SaputaraHotels in DamanHotels in OotyHotels in YercaudHotels in AmritsarHotels in MaduraiHotels in CoimbatoreHotels in KasauliHotels in DehradunHotels in DharamshalaHotels in GuwahatiHotels in LucknowHotels in McleodganjHotels in KatraHotels in Port BlairHotels in IndoreHotels in JaisalmerHotels in JodhpurHotels in PachmarhiHotels in VijayawadaHotels in TrivandrumHotels in Vizag
2013-2022 © Oravel Stays Limited