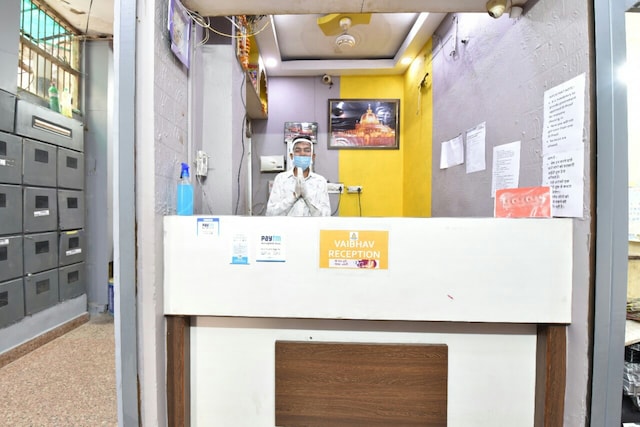 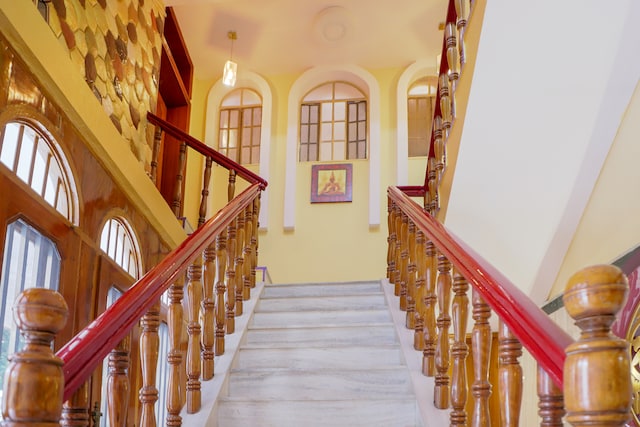 Near St. John's Church, Diggi Chowk, Ajmer· 0.8 km
Erratic check-in experience
2.7 (137 Ratings)·Fair
Free Wifi
Power backup
Card Payment
+ 11 more
WIZARD MEMBER
Sold Out
1
If one expects to be greeted by solitude upon arriving at Ajmer, there will be in for a rude shock. Ajmer is a chaotic, bustling city. It is located about 13km from the traveller paradise of Pushkar. The city surrounds the serene Ana Sagar Lake, and in turn is surrounded by the Aravalli Hills. Ajmer is one of Rajasthan’s important cities as far as Islamic history and heritage is concerned. It is home to India’s Muslim pilgrimage centres, specially the shrine of Khwaja Muin-ud-din Chishti – the founder of the prime Sufi order in the country.

The city showcases numerous examples of Muslim architecture. Ajmer is also an important Jain centre, with the golden Jain temple located. With Ajmer’s combination of chaotic crowds and traffic, tourists like staying in laid-back Pushkar. They prefer visiting Ajmer for a day. One of the important places to visit in Ajmer of historical significance in the city is the shrine of Sufi saint Khwaja Muin-ud-din Chishti. In 1192, he arrived in Ajmer from Persia and died in 1236. The tomb gained prominence during the Mughal reign. A number of other emperors also added to the architecture here. Humayun completed the shrine’s construction, while the Nizam of Hyderabad added the shrine. In fact, Emperor Akbar would make it a point to visit the dargah from Agra annually. A visit to Akbar’s Palace should also be on a tourist’s itinerary. The palace was build by Akbar in 1570. It served as a pleasure retreat, but was mainly built to keep vigil on local chiefs.

Now, a part of the original impressive fortification remains. The palace is home to the underwhelming government museum, which has a small collection of miniature paintings, old weapons, ancient rock inscriptions as well as sculptures made of stone that go way back to the 8th century. The famous Nasiyan (Red) Temple is an important Jain pilgrimage centre in Ajmer. Built in 1865, it is also referred to as the Golden Temple as it displays the double-storey temple hall. The hall is packed with a huge golden diorama that depicts the Jain concept of the ancient world, replete with 13 continents and oceans, the golden city of Ayodhya, elephant gondolas, gilded elephants and magnificent peacocks. The hall is decorated with silver, gold, and other precious stones. It is definitely worth the visit during a short visit to Ajmer.

The ruin of Adhai-din-ka-Jhonpra mosque, which is located on the outskirts of the city, is definitely a place worth visiting. Legend has it that the mosque was built in just only two-and-a-half days! It was initially a Sanskrit college, but was converted into a mosque by Mohammed of Ghori.

The best time to visit Ajmer is in the winter, during October and February. This is the perfect season for sightseeing. No one should plan a trip during summer as temperatures soar. Even if a visitor makes a one-day stop at Ajmer, there are a number of budget and premium hotels in the city.

One can choose from hotel options near Naya Bazar, Mayo College and Ana Sagar Lake. For those that want to stay close to Ajmer railway station or the bus stand can choose from a wide range of OYO Rooms.

Ajmer is a city that is some distance away from a much serene place known as Pushkar. Pushkar is very famous because of one temple and a Pushkar Lake. Ajmer is not at all peaceful, rather it is quite populous and noisy. There is one Ana Sagar Lake here in Ajmer surrounded by this city. There are Aravalli hills around this city. Ajmer is in the state of Rajasthan and it is one of the most important cities of this state. It is famous for its historical background related to Islamic religion and culture. It is a place for Muslim pilgrims who come here to pay respect to Khwajamuin-ud-din Chisty. He was a foremost Sufi saint of India.

For staying here, there are hotels in Ajmer. Besides hotels, there are OYO rooms too which are quite comfortable, professionally run and easy on your pocket. If you stay in OYO rooms, you will get all the amenities that you expect from a class hotel. They charge you with competitive tariff without any compromise on quality.

The tomb of Muin-ud-din Chisty at this place draws crowds from far and wide. The devotees come here in large number to offer chadar on Dargah of this saint. Mughal emperor Humanyun worked on the tomb and completed its construction. Emperor Akbar used to visit this shrine every year. Even Nizam of Hyderabad invested in this shrine. There is a palace built by Akbar in this city. This palace is a structure of attraction for tourists.

Now this palace is a museum where artefacts and paintings are on display. There is a famous Jain temple here in Ajmer. This temple has a sobriquet of Golden Temple. Precious stones, gold and silver adorn the walls of this temple. If you are at Ajmer, you should visit this temple also.


OYO hotels and comfortable rooms of hotels in Ajmer

There are good hotels in Ajmer because tourists from all over keep coming to this city. These tourists go to Pushkar from here. Most of them visit the shrine of Sufi saint Khwaja Chisti. The hotels here are quite affordable and there are all the amenities. There are rooms with comfortable beds and cushy mattresses and pillows. The rooms are quite spacious and clean. A washroom is attached. Inside a washroom, there is Geyser and bathtub. Outside of the hotel, there is a swimming pool too where you can make a splash. There is CCTV and free WiFi. There is a conference room and there are TV and AC in the rooms. The in-house restaurant provides fine dining. Parking is free and hotels offer complimentary breakfast.

Ajmer, one of the major and oldest cities of Rajasthan, India, and is the home to the Ajmer Sharif shrine. This city is surrounded by the Aravalli Mountains and is selected as one of the heritage cities for the HRIDAY. Ajmer is a showcase of Muslim architecture, important Jain centre for the golden Jain Temple. Some tourist interesting spots are Pushkar Lake, Brahma Temple at Pushkar, Chamunda Mata Mandir, Targarh Fort, Ajmer Sharif Dargah, Soni Ji Ki Nasiyaan, Mayo College, Akbari Fort and Museum, Nareli Jain Temple, Anasagar Lake, Lake Foy Sagar, Prithviraj Smark.

If you want to spend a few days in Ajmer then accommodation is not an issue. OYO comes up with budgeted accommodations under categories like Budget Hotels or OYO rooms, Premium Hotels, Capital O Hotels and Spot On Hotels. These categories lay down certain basic services depending on the deals and choices made. Such amenities include card Payment, Parking Facility, Free Wi-Fi, Attached Bathroom, Varying sized beds, Daily Housekeeping, First-Aid, TV, AC, Fan, CCTV Cameras, Door Bell, Power backup, Fire Extinguisher, Wheelchair accessibility, Complimentary Breakfast, 24/7 Check-In, Security, Reception and Pay at Hotel facility. OYO provides accommodation to families, locals, couples and business travellers after checking local or outstation ID proofs, no PAN card is accepted. With OYO coupons one can avail amazing deals. Wizard Member OYOs get 5% discount on member hotels. Rooms may vary in size according to customer’s requirements.

For business travellers and families these premium hotels are preferable, providing spacious, elegant and classy rooms having a light coloured wall, trendy furniture, modern fixtures, well decorated. These are luxurious ones provides with basic and premium services, having in-house restaurants, bar, swimming pool, conference hall, Banquet Hall, etc. One can get such a hotel near Topdara Railway Station and near Macdonald’s at Kishanarh.


Spot On Hotels in Ajmer

If you want to have a comfortable e stay with allowing budget plan then you can opt for these hotels. There are AC and non AC rooms. Rooms are bright, tranquil, having elegant furniture, different sized beds, having necessary services, and can also avail different services as per the hotel deals. There are 11 such OYOs in locations such as Nasirabad Road, Chilla Road, Khailand Market, Pushkar Bypass, near Railway Station, etc.
Read MoreRead Less