A land of ancient civilization, simmering in the broth of diverse cultures, India welcomes hordes of travelers all across the world, seeking spiritual enlightenment.

Rich in ancient and theological wisdom, a visit to these celebrated pilgrim sites will undeniably be an enriching experience. 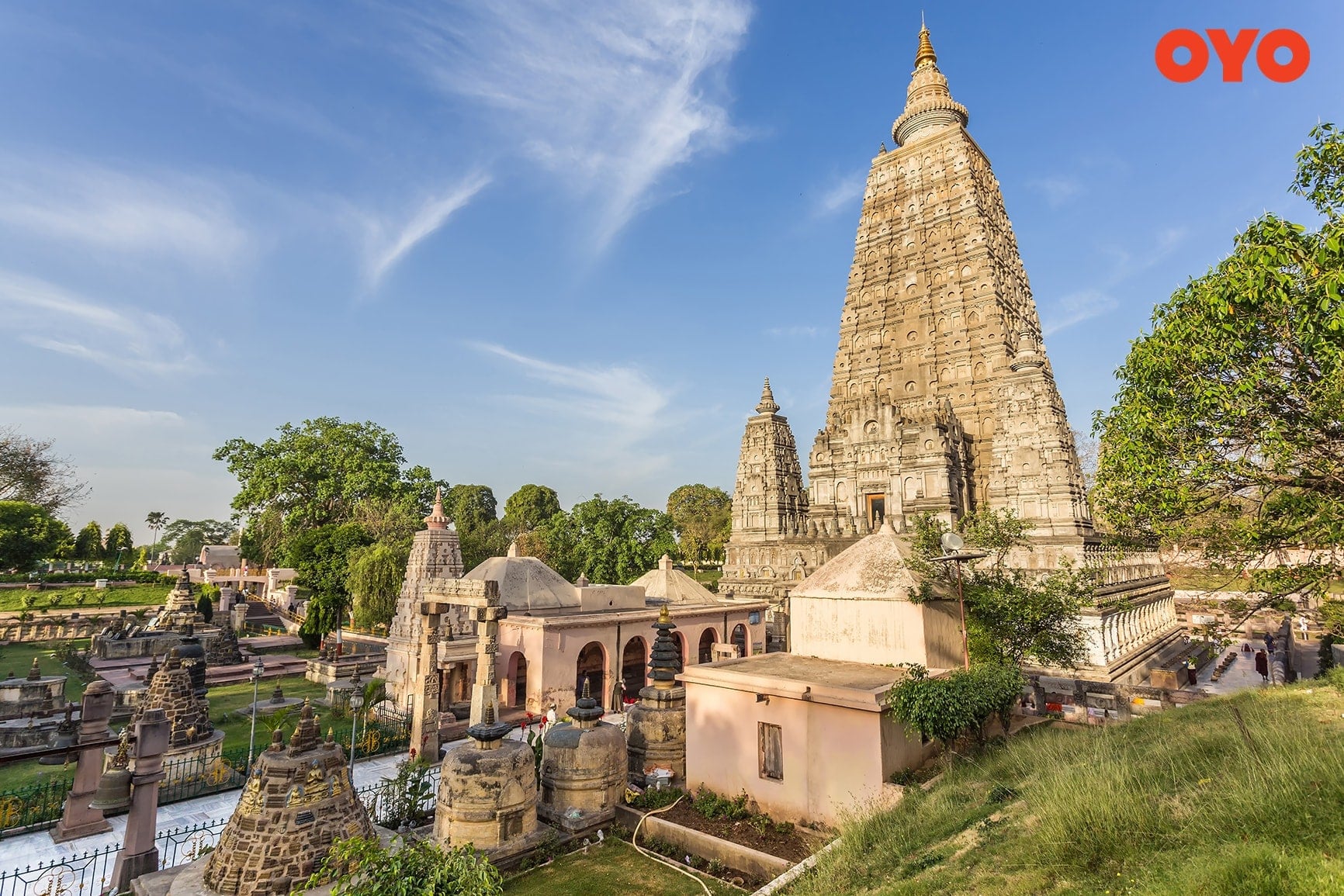 Situated 12 kms from the city of Gaya in Bihar, Bodhgaya is the place where the young prince Siddhartha began his quest for enlightenment.

Built under the reign of Ashoka, Mahabodhi temple is considered as the earliest specimen of brick style architecture in India. According to the tales from the Jatakas, no other place on earth can support the weight of Buddha’s enlightenment.

Enlighten yourself with the principles of Buddhism at the Mahabodhi Temple Complex. Traverse through the land where Lord Siddhartha discovered the eight-fold paths and attained Bodhisatva.

More: 7 Temples to visit in Gaya The ancient village of Hampi rests vividly alongside the banks of river Tungabhadra, in the state of Karnataka. A flourishing trade centre in the age of Vijayanagar rulers, the ruins of palaces in  Hampi bear testimony to the grandeur of its vast history.

With exquisitely carved walls, the Virupaksha Temple dedicated to Lord Shiva leaves its visitors tongue-tied. The iconic stone chariot at the Vithala Temple is a splendid demonstration of ancient architecture.

An interesting blend of Indo-Islamic architecture, Lotus Mahal, brightly lit up in the evening serves as a stand out venue. Explore the alluring city of Hampi and worship the gods at the ancient remains from the past. Widely regarded as one of the most sacred pilgrim sites in India, Tirupati attracts thousands of devotees every year.

The Venkateshwara Temple, dedicated to Lord Vishnu is one of the revered temples of the town. In close vicinity of the temple, pilgrims consider a holy dip in the Swami Pushkarini Lake prior to entering the temple as a cleansing ritual.

Every year, pilgrims visit Tirupati to attend the annual Brahmaotsava festival held in the Venkateshwara temple. With a high number of donations in a year, Tirupati is also the richest temple in the country.

More: Visit and Explore Tirupathi – A Paradise on Earth The holy city of Shirdi is the abode of the great saint, Sai Baba. Thousands of devotees gather every day at the Sai Baba Sansthan Temple to worship his alluring shrine.

Experience tranquility at Gurusthan, where Shri Sai Baba is believed to have first appeared as a 16-year-old boy. The marble built Samadhi Mandir, which contains the sacred body of Sai Baba resting in samadhi position, is a stellar attraction. The temple is famous for the ‘Sri Sai Sansthan Prasadalya’ which feeds thousands of people every day, making it one of the mega kitchens in the world.

En-route to Shirdi, their are various  places to visit in nashik city. One of the Char Dham Yatra spots, Rameshwaram vibrantly invites hoards of devotees from all walks of life. With sandstone walls and striking carvings, the temple of Rameshwaram leaves its devotees spellbound.

The Rameshwaram Temple is blessed with 12 Jyotirlinga temples making it the only exception in India. It is said that the Ramalingam inside the temple was installed by Lord Rama which has been preserved by the authorities.

Revered as ‘Banaras of the South’, Rameshwaram, situated at the tip of the Indian peninsula makes it for a perfect bundle of spirituality.

Must Read: 6 Top Places That You Must See in Rameshwaram 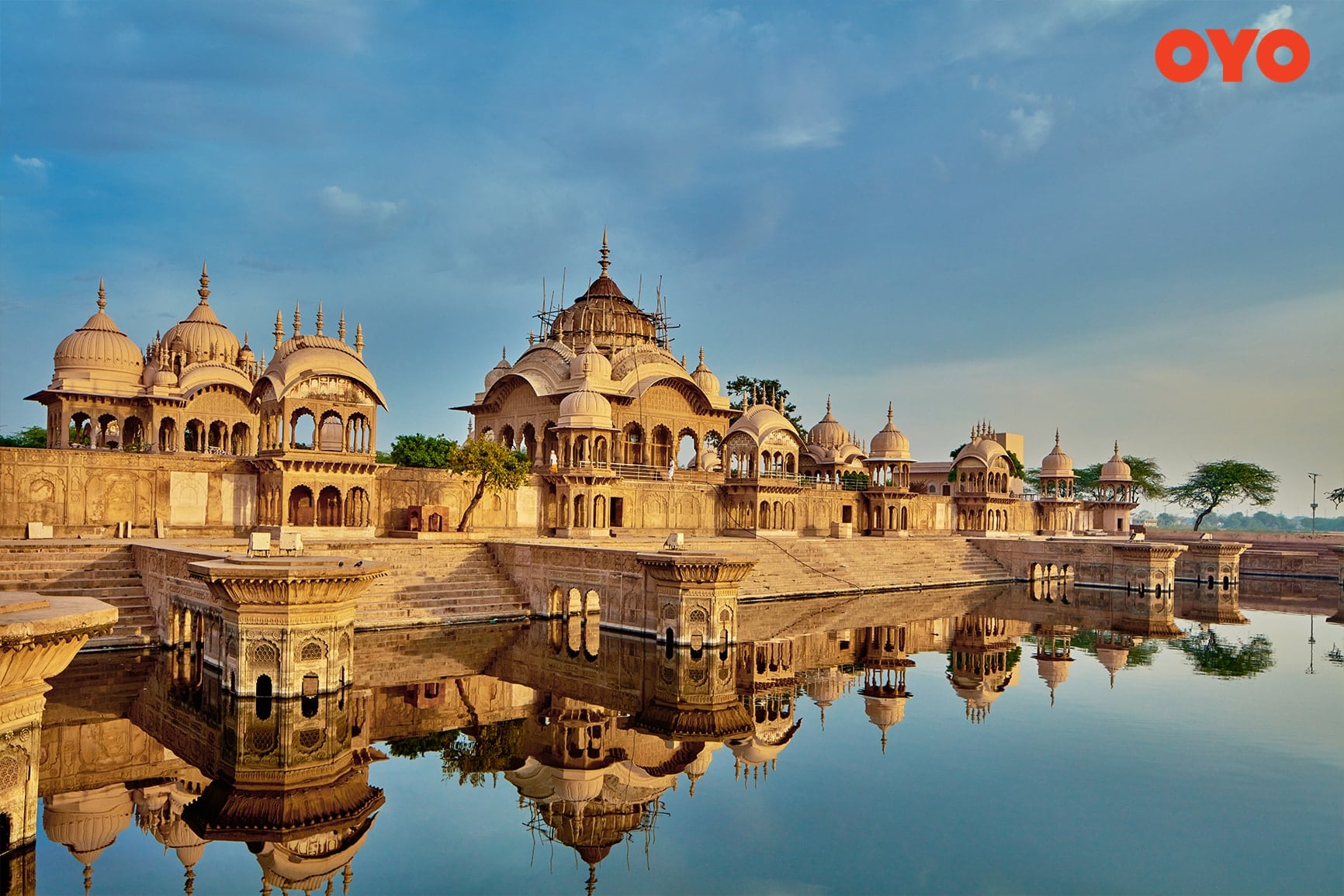 Home of Lord Krishna and the land of Radha Rani, Vrindavan is the most celebrated Hindu pilgrimage places. The Banke Bihari temple is one of the major temples in Vrindavan with a magnificent shrine of Lord Krishna.

With intricate carvings and magnificent white marble construction, Prem Mandir is a shrine to behold. Relatively less crowded, this temple is ideal for devotees to absorb the serene vibes.

Explore the colorful city of Vrindavan and worship Lord Krishna at Kesi Ghat with a dip on the banks of River Yamuna.

Born in a big city, Charvee finds her heart in small towns. A free spirit, who loves to wander places in search of stories, within stories. At the end of a long day, she finds her therapy in long aimless walks and conversations, with the Moon.