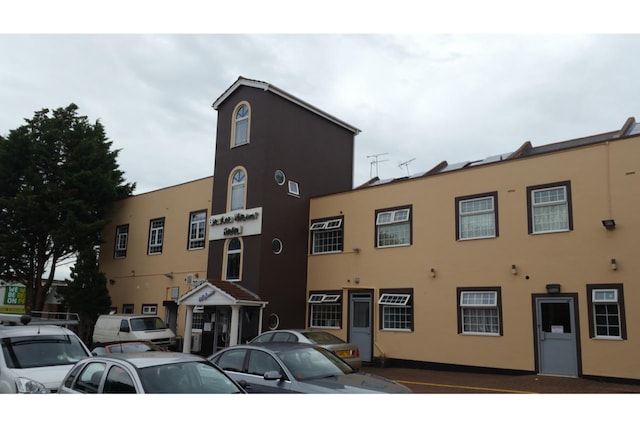 London is one of the most popular cities in the world. With many popular attractions, historic sites, and sightseeing places, the city is a treasure-trove for tourists and visitors. Made up of multiple boroughs, the city has many hidden gems, just waiting to be discovered. The architecture and art within this historic city also make it a lovely getaway spot.

Known for its good coffee and love for football, the Kenton area is a great place to visit. The many hotels in Kenton, London, also make it the perfect place to live in while exploring the city. From beautiful architecture to great restaurants, there is a lot on offer in this neighborhood.

The venue for some of the most important football matches in the world, the Wembley is well-known amongst the football fans. Through the years this arena has hosted many events, including the 1948 Olympics, the 1966 FIFA world cup, and multiple concerts and shows. You can take a guided tour of this historic stadium and learn about the sporting history of London.

Best known as the residence of the queen, the Buckingham Palace has featured in multiple films, shows, and books. It is a well-known tourist site that brings in thousands of tourists per day! The iconic Changing of the guards on the palace grounds in an event you must witness. The beautiful palace building and grounds are also open to visitors in the summer months. You can take a guided tour and learn how the royal family lives.

This world heritage site contains within itself a thousand years of British history. This is one of the most popular places in the city to visit and contains a museum and interactive displays. Located next to the River Thames, the Tower of London is now home to the Crown Jewels as well as the Kohinoor Diamond. You should also visit the Big Ben and the Parliament House when in the vicinity.

Being a major city in the UK and the world, London is well connected by air and rail. There are five major airports in London-Heathrow, Gatwick, Stansted, City Airport, and Luton. The London City Airport is the closest to central London, only 10 kilometers away from Big Ben. You can also take a train to London from the cities in the UK like Bath, Manchester, Cardiff, and Cambridge. The National Express Coaches offer a cheaper alternative to travel from other cities in the UK.

London has an extensive public transport network. You can easily take local buses or the underground or overground tube to tour the city. These are cheaper ways to travel than hiring a taxi.

There are a lot of restaurants in Kenton which offer various cuisines. If you want to try British food in this area, you should head to The Kenton to try the Sunday roast, fish fries, and a good selection of IPAs.

There are some excellent OYO hotels in central London which offer comfortable rooms and excellent views. The OYO hotels in Kenton are walking distance away from many of the tourist sites, and conveniently located for those who want to travel via tube and bus. Replete with amenities like free wifi, car parking, tea/coffee maker, card payment options, and daily housekeeping, these hotels are the perfect place to head to if you want a memorable and exciting vacation.

Other Locations for Hotels in London

1. Do the Hotels in Kenton, London have free parking?
Yes of course!, You can filter the desired hotels with this link: Hotels in Kenton with Free Parking
2. How much does a cheap hotel cost in Kenton, London?
OYO Hotels in Kenton, London start @ £27 only.
3. Are you looking for a budget or cheap hotels near me?
If yes, check out hotels near me feature to make last minute hotels booking.
Read MoreRead Less
Download OYO app for best price!Know More
Download on theApp StoreGET IT ONGoogle Play
About usTeam / CareersBlogOfficial OYO BlogPress Kit
Privacy PolicyTerms and ConditionsGuest Policy
Found security issues, that you’d like us to know? Know More
Have Queries ? For any assistance, use our 24/7 Customer Support Chat
OYO HOTELS
Hotels in London Hotels In Great YarmouthHotels in EdinburghHotels in LiverpoolHotels in BournemouthHotels in NewcastleHotels in CardiffHotels in CoventryHotels in LutonHotels in EastbourneHotels in DerbyHotels in Isle of WightHotels in Barrow-In-FurnessHotels in DunoonHotels in DudleyHotels in BristolOYO Travel Guide
2013-2022 © Oravel Stays Limited