To truly understand the meaning of Hindu festival celebrations, one must participate in Navratri traditions. Divine love permeates the momentous and breathtaking occasion. The practices associated with Navratri encourage spiritual practices, as do all Vedic rites. Therefore, a substantial amount of this celebration consists of prayers, chanting, “bhajans,” and the reading of significant religious literature. This feminine supernatural energy is worshipped for nine days, which religious believers believe keeps the universe in alignment.

One of the most eagerly awaited festivals in India, Navratri has both social and spiritual significance. The Hindu festival of Navratri is held over nine days in the Chaitra and Ashwin months to dedicate Ma Shakti’s glorious incarnations as Goddesses Durga, Lakshmi, and Saraswati. The event is connected to its symbolic meaning as the pinnacle of bravery, wealth, and knowledge. Different traditions and customs are practised throughout India, and some are odd.

Here are a few of the most unusual Navratri traditions you may not have known about.

The Worship of Weapons

Simply put, “Astra Puja” stands for the worship of weapons. It is a tradition usually observed on the ninth day of Navratri in the South Indian states and is also known as Ayudha Puja. Soldiers idolise their weapons, whereas craftspeople adore their tools. Even though the original purpose of this puja was to worship military equipment, modern instruments like the typewriter and plough are now considered holy. The puja is performed in honour of one’s line of employment and appreciates the assistance of a higher power in one’s day-to-day activities.

Barley is a symbol of growth, abundance, and good fortune. It should be no surprise that it also plays a significant role in the Navratri festival. The strength and size of the shoots are said to predict how much riches and success the family will experience in the upcoming year, and Barley’s sown during this event is thought to be a positive sign.

People meticulously coordinate their festival outfits with the colour theme because each day of the nine-day event is devoted to a different colour. An explanation of the Navratri festival’s colour code is provided below:

In the southern states, Navratri is observed as Kolu, a doll-worshipping holiday that involves figure and doll displays. Typically, Kolu is presented in conjunction with a cultural performance that tells Ramayan stories. It is not just an Indian event. Many Asian nations, particularly Sri Lanka and Japan, also celebrate Kolu. OYO Townhouse 611 Anna Nagar Welcome Inn is one of the top picks for family hotels in Chennai.

Did you also know during Maha Navratri, Shakti (the Mother Goddess) is worshipped in nine different incarnations, each representing a different facet of the Mother’s strength and character?

There are five Navratri celebrations across the year, with said Maha Navratri in September–October being the most widely observed. Every region of India distinctively observes this nine-day holiday. In North India, fasting is followed for nine days. However, celebrations in Gujarat and other western regions of India emphasise dances like the Garba and Dandiya Raas. SPOT ON 71099 Hotel Star and OYO 48254 Hotel D Veeray are some hotels near Gujarat that you can choose to stay in. These hotels offer highly comfortable and affordable stays for families and friends.

India is a fascinating country full of customs and traditions. In a country the size of ours, it shouldn’t be surprising that each region uniquely celebrates festivals. There may be regional variations in Navratri celebrations, but that in no way indicates a lack of energy and excitement. 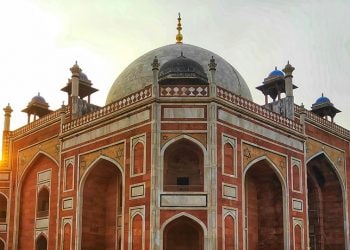 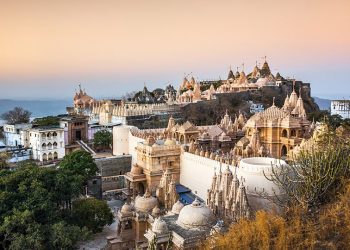 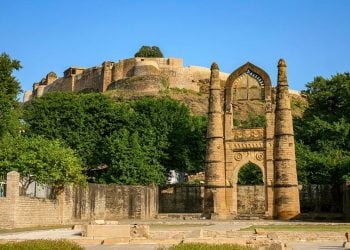