What comes to your mind when you hear the name of Shillong? Verdant valleys? Misty mountains? Azure lakes? Whatever it may be, one thing is certain; the sight of a cascading waterfall in all its wild and majestic glory is surely going to pop up in your mind some time or the other. Waterfalls have always fascinated the wanderlust in us humans, be it the Niagara Falls or attractions closer home.

Waterfalls have a certain wild beauty which manages to captivate even the staunchest of hearts. The Nohkalikai waterfalls is one of the best places to visit in Shillong that truly apt for the much misused title, ‘dangerously beautiful’. The cascading waterfall is the highest plunge waterfall in the country. With a drop of about 335 m the Nohkalikai Falls is the fourth highest waterfall in the whole world. The mesmerizing beauty of the falls is aptly complemented by the stunning forests and verdant valleys all around. Situated in the lap of the rugged mountainous terrain, this waterfall is a gem hidden away from the clutches of the metropolitan life that you are more accustomed to.

The continuous and heavy rainfall of Shillong makes it very tricky to plan a trip without being hampered by the rains. The best time to visit Shillong for the falls has to be from October to December and from March to May. Rainfall around these times is considerably less and offers a much stable weather to enjoy the pristine beauty of the falls. The monsoon seasons though gorgeous, are just not safe enough. Landslides are a common occurrence. And due to the heavy rainfall, huge sinkholes sometimes open up on the forest beds which means anybody who is unfortunate enough to step on that would instantly be swallowed up by earth.

The nearest airport is the Umroi airport which is situated about 35 km away from the falls. For travelers flying in from other parts of the country, Guwahati airport would be the nearest. It is situated about a 100 km from Shillong. Cabs and buses are available from there to Shillong. The nearest railhead is Guwahati too. The falls are situated specifically at Cherrapunji, which is 53 km away from the city of Shillong.

Legend of the falls

The name of the falls has a heart breaking story behind it. Legend has it that once there lived a woman by the name of Ka Likai, who was married to a porter and had a little baby daughter. The happy family was abruptly disrupted when her husband died in an accident while carrying heavy iron on his head. Ka Likai was forced to remarry because of the social stigma of the time and the fact that her daughter needed a father. She also got a job as a porter to earn her own bread. But the trouble began when the new husband became jealous of Ka Likai’s love for her daughter and felt threatened. So one day when Ka Likai was at work, he killed the daughter and prepared a meal out of her flesh.

After coming home from work Ka Likai was naturally hungry and seeing the meal prepared by her husband she ate it without a second thought. It was when she went to have her usual betel leaves afterwards that she realized her mistake. She found fingers of her daughter in the betel leaf case. When the realization dawned on her she went mad and started running till she jumped over the edge of the cliff into the plunge waterfalls and ended her life. The word ‘noh’ in local language means jump. So the meaning of the name of the falls is the place from where Ka Likai jumped.

This Bridge is situated in such a way that it goes over a river and connects the both sides. But the more interesting part is the way two different parts of the root connect the two sides of the river, one on top of the other. This is one of the many natural mysteries surrounding the place.

Situated about 4 km away from the Nohkalikai Falls, Arwah Cave is renowned for its fossils of fish and bones and limestone deposits. A stream flows through the cave and has aided in the stalactite formation which is assumed to be millions of years old. Also known as the Seven Sisters’ Waterfall, this waterfall plunges to a depth of 315 m, making it one of the highest waterfalls in India. Located in the Sohra area of the Khasi Hills, this waterfall makes beautiful rainbows when illuminated by the sunlight while falling from a great height.

Situated at a height of 305 m, this waterfall is the 7th highest waterfall in India. The three tiered waterfall is situated on the Thankharang Peak and offers a panoramic view of the countryside all around from the top.

One of the major attractions of Cherrapunji is the Ka Khoh Ramhah rock which is also known as the Mothorp and Pillar Rock. The cone shaped rock has a legend about it which say that it is actually the fossil of a cone shaped basket which belongs to an evil demon. The view from the viewpoint up top is absolutely enchanting and is going to keep anyone occupied with ease.

One of the most accessible caves in all of Meghalaya, the Mawsmai caves are a natural wonder. Well lit with electricity and a one way journey, the 150 m long cave is a short trip to life under earth. Though the electric lights take away the element of adventure, yet it helps one understand and enjoy the structures and designs on the rocks and cave walls.

Go and treat yourself to a vibrant holiday

One thing you can be certain while visiting the highest plunge waterfall in India is the fact that your holiday is going to be filled with adventurous outdoor activity as opposed to the daily route that you take to your workplace. Admit it, you need a break, and for that purpose, what better than a raging waterfall to bring back the lost excitement in your life? Nohkalikai Falls would be the perfect vacation for you, if you choose to go. 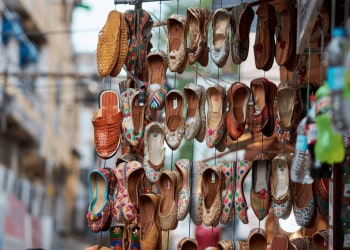 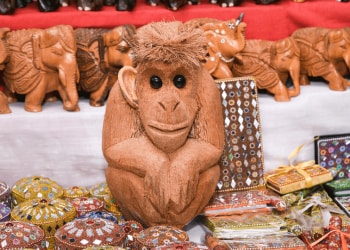 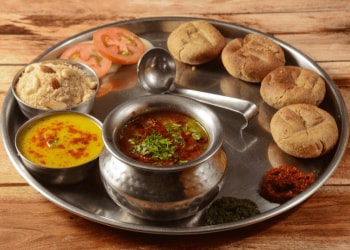 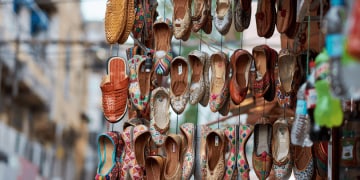 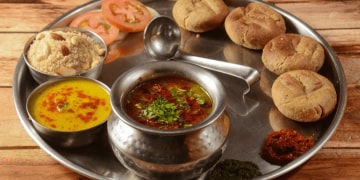