With Durga Puja around the corner, India, especially West Bengal and Assam, is preparing itself in full swing to welcome Maa Durga in their locality. The artists are busy crafting the idols of Maa Durga and decorating the pandals under various themes.

Durga Puja is one of the most revered festivals in the tradition of Hinduism. Therefore, there’s no better way to learn about the Hindu culture than to be a part of the Durga Puja celebration in Kolkata. If you want to gain insights into the Hindu culture, plan a cultural trip to Kolkata, and explore the place at your own pace.

Book your room at one of the best family hotels in Kolkata, like OYO 92788 Suvo Guest House or Townhouse 1109 Jheel Mahal and explore the pomp and grandeur of the festival during your stay.

Durga Puja is celebrated between September and October, also known as the Ashwin months. It is celebrated for six days – Mahalaya, Shashti, Saptami, Ashtami, Navami, and Dashami. You’ll be surprised that historians found the first reference to Goddess Durga in the ‘Mahabharata’ and ‘Ramayana’. Besides, Maa Durga also had a few mentions in ancient Vedic texts.

Krittivasi’s interpretation of ‘Ramayana’ says that Durga was worshipped with 108 sacred lamps and blue lotuses before the war between Lord Rama and Ravana began. The day Lord Rama won the war with Ravana, that day is celebrated as Dussehra and falls on the last day of Durga Puja – Dashami.

In ancient times, the zamindars (landlords) in West Bengal used to celebrate Durga Puja grandly. Even though the ‘Raja’ and ‘Maharaja’ era has passed, Durga Puja is still celebrated in big houses as a custom. The tradition has not changed, and even today, the idol of Durga Maa is placed in the courtyard. Everybody comes to pay homage to the idol during the festival’s six days.

Undoubtedly, the festival’s history is quite fascinating, but what’s even more interesting is how the city celebrates the festival. If you want to participate in the Durga Puja in Kolkata, book your stay in a hotel near Kolkata to experience the religious recitals, ceremonies, songs and dances. Besides, witness the beautiful decorations and try out delicious feasts during your stay.

Durga Puja is celebrated all over India, but West Bengal and Assam celebrate it significantly. So, if the history and the legend of Durga Puja have intrigued you, plan your stay at one of the best family hotels in Kolkata and experience the grandeur of the festival with friends and family. 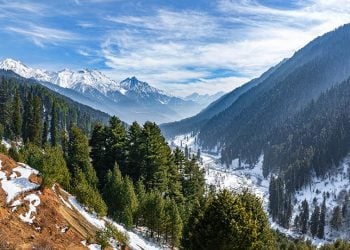