Top 8 Places to Visit in the Holy City of Vrindavan

Top 8 Places to Visit in the Holy City of Vrindavan The birthplace of Krishna, His hometown filled with His childhood memories, His love, and Raas Leela with His divine love Radha- everything is enraptured beautifully in the small town of Vrindavan. The cities of Vrindavan and Mathura have immense significance among the Hindus especially as they have been named in the epics- Ramayana and Mahabharata.

All this makes Vrindavan one of the most magnificent religious destinations in India and also in the world. The city is most vibrant and beautiful during the holy Hindu festivals of Lord Krishna’s birthday known as Janmashtami and Holi- the festival of colours.

Top 8 Places To Visit In Vrindavan

Located at a distance of a kilometre from the Vrindavan Railway Station is the Govind Deo Temple also popularly known as Govind Dev Ji Temple. It is one of the most important tourist attractions in the town. Govind Deo Temple was constructed by the King of Amber, Raja Man Singh in the year of 1590.

The architecture of this temple is unique as it is an amalgamation of the Hindu, Muslim, and Western style. It is made of red sandstone and is designed after the Greek cross symbol. A total of INR 10 million was spent in the construction of this temple. The temple rises up to seven stories and is dedicated to the worship of Govind, another name for Lord Krishna.

The temple underwent significant destruction following the attack by Aurangzeb in the year 1670, because of which the temple is only 3-storied now. Due to the severe destruction, most of the temple activities like prayer and puja takes place at a smaller temple situated behind the main temple.

A flight of stairs will lead you to the main hall whose ceiling is adorned with a lotus completely hand sculpted. The inner sanctum is made of silver and marble. The temple witnesses significant footfall during the holy festivals of Janmashtami and Holi.

One of the largest temples to visit in Vrindavan is the temple of love, or Prem Mandir, dedicated to the worship of Lord Krishna and Goddess Radha. The temple is relatively new, its foundation stone was laid in 2001 and was opened to all by 2012. The construction of this vast temple cost about INR 150 crores. Prem Mandir is spread over a sprawling 54 acres of land.

The temple is a two-storied structure made of marble. The walls of the temple are decked with beautiful paintings depicting the Leela of Radha and Krishna. More than eighty panels on the wall are hand-painted. The inner sanctum of the temple houses the deities Krishna and Radha on the ground floor while the first floor is for Lord Ram and Goddess Sita.

The whole temple is encircled by a vast garden with multiple flowering plants, fountains, and lights. There are also enormous statues of the gods and goddesses in the gardens- the most popular one being of Rasa Leela.

The temple also organizes a light show every evening, when the white marbles of the temple are prettified with artificial lights while the devotees offer their prayers and sing beautiful bhajans. The light show takes places in the evening from 7:30 until 8:00 in the night.

The vast Madanmohan Temple at the back provides a beautiful backdrop while the river meanders ahead. You may also opt for a boat ride here.

One of the best places to see in Vrindavan is the Banke Bihari Temple dedicated to the worship of Krishna. It is a highly revered spot among tourists and locals alike and witnesses’ heavy footfall at all times of the year from people of all walks of life. Banke Bihari Temple is also one of 7 temples of ‘Thakur of Vrindavan’.

The temple’s architecture is uniquely Rajasthani with arched windows and marvellous sculpted stonework. The idol of Krishna inside the temple is also unique; the figurine depicts the Lord as a child standing in a ‘Tribhanga’ position. The idol of this temple was also worshipped as Kunj Bihari meaning enjoyer of lakes.

The temple has no conch or bells in its premises as it is believed that Lord Krishna does not like the sound of these instruments. People perform chants of Radha Krishna by their voice.

The word “Banke” means bent or twisted at three spots, while Bihari means a cheerful soul. The whole routine of the Lord is also performed differently at three different times of the day known as the Shringar, Rajbhog, and the Shayan. While the Lord is at his Shringar it includes His bath and dressing up; Rajbhog involves a great feast, and Shayan is the time for His rest.

One of the holiest places when it comes to the worship of Lord Krishna, the Banke Bihari Temple is thronged by devotees all throughout the year. This is definitely one of most visited tourist attractions in the city.

Nidhivan, also known as Seva Kunj is a beautiful vast garden situated in Vrindavan. It is one of the most revered places to see in Vrindavan. This place is thronged by people all over the year as many legends are associated with this spot. People believe that Krishna and Radha performed the Rasa Leela in the same garden.

The locals and devotees strongly believe that Lord Krishna comes here every day after it is dark to dance with his Gopis, which is why people are prohibited from entering here after it is dark. The garden houses some Radha-Krishna temples with more than 1500 wild tulsi trees within the premises.

ISKCON, Vrindavan is one of the most popular temples in India. It is also popularly called the Krishna Balaram Mandir. The temple was constructed in the year 1975. The temple is raised with the sole purpose of educating people on the Vedas and the Bhagavad Gita.

The inside of the temple has three altars for the Gods Sri Gaura Nitai, Balaram, Krishna, and Radha Shyamsundar. Upon entering, a vast white marble archway leads to the samadhi of Srila Prabhupada, founder of ISKCON. The temple doors are also gigantic in size and wholly carved from wood. You will be able to witness the beautiful and harmonious music of the prayers, called kirtans, accompanied by harmoniums while the devotees dance to it. ISKCON also provides residence at a cost, so if you want an accommodation here, you can book it online on their website.

One of the most beautiful tourist attractions in Vrindavan is the Sri Radha Damodar Temple located in Loi Bazaar, close to Seva Kunj. The temple was established in 1542 by a Guru Srila Jiva Goswami. The deities worshipped in the Damodar Mandir were gifted to Srila Jiva by His master, Srila Rupa Goswami Prabhupada. This temple also suffered significant destruction at the attack of Aurangzeb, after which the idols were shifted to Jaipur until 1739.

There are two prominent divisions inside the temple- the prayer hall or bhajankutir, and the Samadhi hall of Srila Rupa Goswami and many other Goswamis.

Jiva Goswami built a library within the temple premises to store the original manuscripts of the Goswamis. Although the temple lost many of its wonders, there are still some essential religious aspects existing, such as the Govardhana Shila (rock), which has Krishna’s footprints engraved on it.

Rangaji Temple is one of the most ancient sites to visit in Vrindavan. It was built following the architectural style of the Dravidians in the year 1851.

The temple is dedicated to Lord Ranganatha or Rangaji who is an incarnation of Lord Vishnu. One of the major attractions of the temple is the 50-feet tall Dhwaja Stambha and a six-story-tall Gopuram or the temple entrance tower. Beautiful gardens and a water tank surrounds the temple premise.

Rangaji Temple receives the maximum visitors during the months of March and April for the Brahmotsavam Festival. It is also popularly called Rath Mela when the devotees pull the chariot (rath) of the God to the nearby gardens.

Wake up to the morning bells and prayers in the many beautiful temples scattered in every corner of the town. The place still reverberates the tales of Krishna and Radha very closely, and the aura of spirituality exists here all around the year.

Tour around with an autorickshaw, or toto to visit the temples, take a holy dip in the Yamuna in one of the ghats, and never miss to witness the famous temple aartis. So delay no further, and book a trip to Vrindavan and bask in the ancient land with its many legends and beautiful temples dedicated to celebrating Lord Krishna and his philosophy with the world. 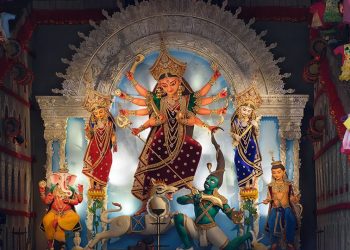 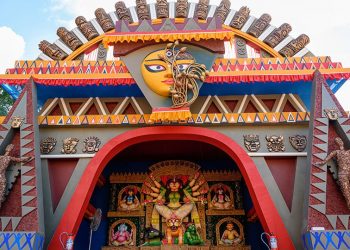 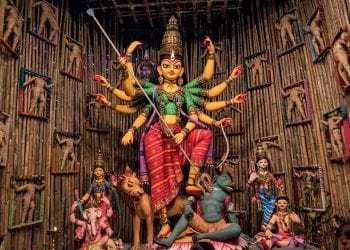 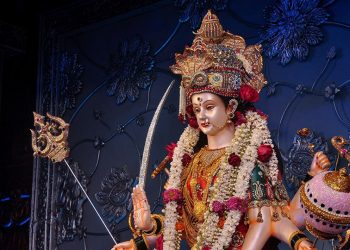 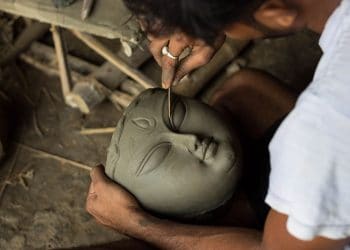 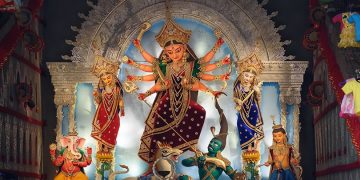 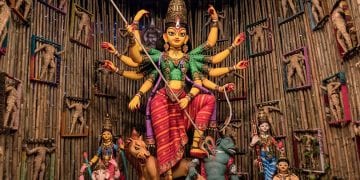