The roots and influence of Buddhism on Indian society have been prevalent since the late 12-century. Of the many places in India that prove the accuracy of this statement, one such place is the city of Aurangabad. Situated in the heart of the state of Maharastra, it draws an enormous amount of tourists from all over the world due to the rich diversity of experiences the city offers.

Best known for its medieval monuments, rich cultural patrimony, and customs, it is a must-visit place to travel to and explore. It was the prime seat of the Mughal Empire for a long period of time, giving it the very reason for hosting princely monumental structures or edifices. Erstwhile Fatehpur, the last ruler of Mughal Dynasty, Aurangzeb renamed the city as Aurangabad in 1653. With the rise of Maratha’s power, it has exuded immense glory and fame in the pages of Indian history.

Top 8 Places To Visit In Aurangabad

Aurangabad Caves were dug out of plain basalt rock during the 6-century and 7-century. Located on an erratic ground on a rough hilltop, these caves are referred to as a sheer piece of ancient culture. They are twelve rock-cut Buddhist shrines, which are attached deeply to Buddhist form of architecture. These Buddhist caves are being maintained by the Archaeological Survey of India.

In all, there are 10 caves for you to explore. They are segregated into two different locations, named as the Western Group Caves and Eastern Group Caves. Of them, Cave 1 to Cave 5 fall under the First group, Cave 6 to Cave 9 fall under second, and Cave 10 to 12 in the last and final group. They are quite close in proximity to one another and can be toured entirely in 4-5 hours.

Cave 1 illustrates an unfinished statement of Vihara while Cave 2 has a large shrine of Buddha. Cave 7 features sculptures of lovers in suggestive positions. Cave 9 has a charming sculpture of Lord Buddha in Nirvana. The central shrine and the regular intervals between the corridors are engraved with many Buddhist Gods and Goddesses.

Try to plan your visit to these caves before the evening hours. When it comes to grandeur, Daulatabad Fort is said to be one of the most highlighted and commanding forts in Maharashtra. Erstwhile, Devagiri, it is around 11 kilometers away from central Aurangabad.  It is at times labeled as one of the “7 Wonders of Maharashtra’, which was constructed in the turn of 12-century. This architectural marvel stands strong on a conical hill, which is situated about 200 meters above the sea level. This height gives the fort it’s the most endearing quality that one can capture an aerial view of the city from here. For that, you will have to hike 800 odd steps up to the top, but then the fascinating views that you get will make the climb worth it.

Peeping into the history behind the fort, you will realize that the defence of the fort was very strong. It used to be vehemently tough for the intruders to access the interiors of the fortress, let alone conquering it! In fact, it was never conquered by any of the enemies and stayed ever-victorious throughout its reign.

Coming to the architecture side of the fort, it is built entirely of solid rocks, may it be its moat, sub-terrain passage or the three layers of defensive walls. A few massive pits of fire in the upper outlet gave really difficult times to the enemies. Within the fort, witness the monumental legends of Chand Minar, Chini Mahal, and Baradari.

This genius engineering has provided a beautiful culmination of charm and security. When you see the contrast of this ancient fort against the lush greenery of the fields, you will get a wonderful picture of Aurangabad. This is a fort that would make you relive the rich history of the region. If you still believe that only Taj Mahal is the ultimate symbol of love, well, in that case, there is a surprise for you! Deemed as one of the most popular tourist attractions in Aurangabad, Bibi-Ka-Maqbara is a definite must-visit for you.

It is a beautiful mausoleum of Rabia-ul-Daurani (alias Dilras Banu Begum). She was the wife of the Mughal Emperor Aurangzeb and he had built this as a tribute to his love. Chiefly designed by the Persian architect Ustad-Ata-Ullah, it is the sole extant example of Mughal architecture in this part of India.

Hugely resembling the Seven Wonders of the World, Taj Mahal, it was constructed towards the beginning of the 16-century and took some decades to be done. This required a substantial amount of manpower and money as well.

The silhouette of this mausoleum is defined by four towering minarets just like the ones in Taj Mahal. They are on the four corners resting on an elevated platform. You will see the entire mausoleum being decked up with exquisite marbles. Pay special heed to the level of intricate designs, ornamented with fine carvings, manifesting the symbol of unconditional love.

You will be glued to see the appeal of the pillar tips. Since it is made of red stone, it shines out with resplendence at sunsets. Catch the not-to-be-missed sunrise scene at this place. When the sun’s first rays cast the mausoleum’s reflection on the water, it is quite a stunning sight to behold. If you are looking for a quick dive into spiritualism to rinse yourself off, head to Grishneshwar Temple. It is a reputed pilgrimage for the Hindus, located 30 kilometres away from Aurangabad. A massive pious tourist attraction in the city, it is also deemed to be the last or the twelfth ‘Jyotirlinga’ on earth. Residing very close to the historic Ellora caves, you can visit both these monumental attractions in just a few steps.

History claims that the birth of this temple was somewhat like this – two sisters named Sudeha and Ghushma were married to a Brahmin named Brahma Vetta Sudhram. Turns out that the former sister killed one of the sons of the latter. Wrecked by the news, her devotion towards Lord Shiva stayed undeterred and she continued worshipping Lord Shiva. Pleased and taken aback with such dedication, Lord Shiva agreed to fulfil Ghushma’s wish to reside there eternally in disguise of a Jyotirlinga. Ever since the place changed into a sacred temple where people from all over the country come to seek blessings. Once you are here, do see the holy water springs. They say that these waters emerge from the core of the temple and purifies one’s soul and heart. When you search about the top places to see in Aurangabad, Ajanta Caves would pop-up immediately. An acclaimed UNESCO World Heritage Site, it is a group of 30 primal Buddhist caves. They are a narrative piece of artwork showcasing sculptures between the period from 200 BC to 650 AD.

Ajanta Caves are an epitome of ancient architecture and is considered as the most luminous form of Indian art. These caves were painstakingly constructed by Buddhist monks using simple tools like hammers and chisels. They used these caves for living, studying as well as worshipping purposes. This has been proven from the paintings and murals on the wall that reveals many unknown facts about the lifestyle of the monks, their traditions, and cultures. The paintings and sculptures denote stories from the Jataka Tales, nymphs of the bygone eras, and parables of the princesses. These caves have always been a matter of concern for the aspiring geologists, history buffs, and architecture lovers, who come over on expeditions.

Maruti is another name with which Lord Hanuman is referred to by his devotees. As the name suggests, Bhadra Maruti is a well-known Hindu temple in Aurangabad. According to legends, it is believed that once a local ruler and devotee of Lord Rama, Bhadrasena sang songs in praise of Lord Rama. Since Lord Hanuman is an ardent worshipper of Lord Rama himself, this caught his attention as he had come to reside in the temple as per the King’s order – and that explains the name.

Surprisingly, it accounts to be one of the fewest temples in the country where you will find the idol of Lord Hanuman in sleeping position. Drop by on occasions like Ramnavami or Hanuman Jayanti and join the huge throngs of devotees who seek magical blessings in this temple. Yet another tick in the list of places to see in Aurangabad is the ancient Ellora Caves. Built-in between 350 AD – 700 AD, they are 34 in number situated quite close to one another. You get to see an architecture par excellence, a by-product of the primeval era. These caves are identified on the basis of the religion distinctions, namely Buddhism, Hinduism, and Jainism. The 12 caves located in the south direction belong to Buddhists, 5 in the north to the Jains, and 17 caves in the centre to Hindus. They stand as a testimony to the brotherhood and peacetime among the aforementioned religions. Just like the Ajanta Caves, these caves too have been declared as a UNESCO World Heritage Site, displaying the perfection and glimpses of Indian culture. This chain of caves was put into execution by the Yadav group of the Jains and the Rashtrakuta dynasty of the Buddhist clan.

The entire structure of these caves constitutes of monasteries, which is also known as ‘viharas’, and are divided into different levels. Then after, the multi-level structures are further divided into small quarters meant for sleeping, kitchen, and several other purposes.

Built during the 12-century CE, this temple is considered a regular devout to the religious souls. The architecture of the temple has been inspired by the Hemadpanti style showcasing the intricate work form of the early Indian era. With two large gates called the ‘mahadwars’, the entry to the main courtyard of the Tuljapur Bhavani Temple offers the glimpses of the Kallo Tirtha.

In the inner courtyard, you will see the Gomukh Tirtha that serves as the source of the holy water and beyond this lies the most famous temple of Mumbai, Siddivinayaka Temple. It has a series of temples in a row, which ends at the temple having the idol of the Goddess seated opposite to Lord Shankara.

Maharashtra has a lot more to offer too. From ravishing malls to old lanes of some streets, to lip-smacking vada-pavs to cloud high buildings, it has it all. On top of that, it also has the best of the traditional timeless beauty of which it is truly proud of. Come visit this city in the laps of this phenomenal state and let the magic begin. Plan your trip right away. Let Aurangabad welcome you with open arms and hospitality to fullest. 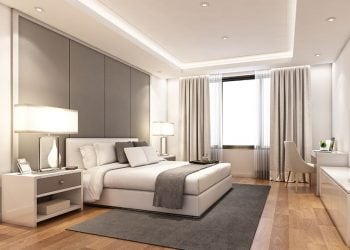 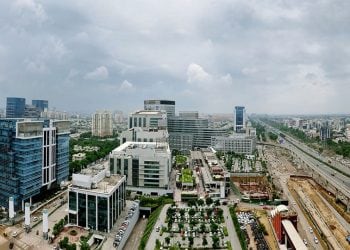 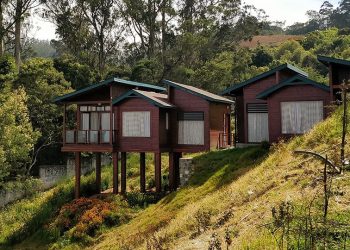 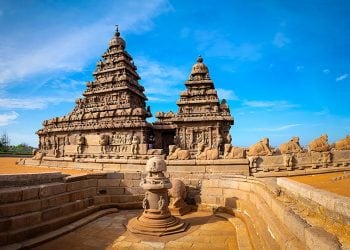 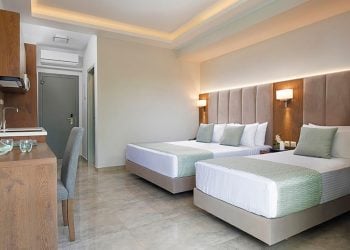