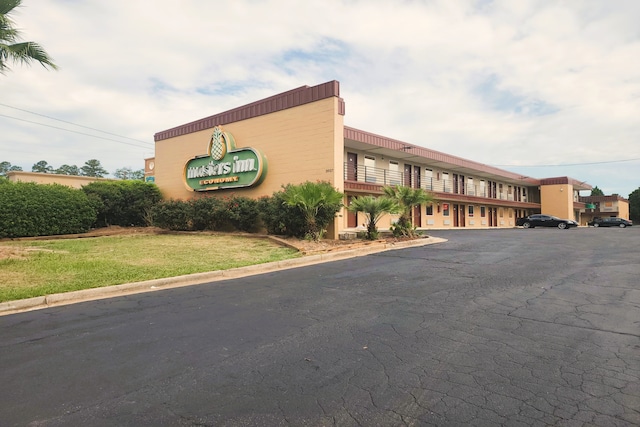 
A city in Georgia, Augusta is an excellent example of the southern warmth of the state. It is situated along the Savannah River and lies on the eastern-most border of South Carolina. It is best known for The Masters’ Golf Tournament that the city hosts in April every year.

Augusta’s history rests heavily on its association with soul music and the huge African-American population of the area that has shaped the culture of Augusta into what we see today. It has exerted a major influence on its food and art and has impacted the lifestyle profoundly. Some of the popular places that are worth seeing are-

For exploring this city to the fullest, Blackwood Avenue, Gordon Highway, and Hillview Road are some of the most popular locations for a pleasant stay during your trip. These favorable locations make it easier to commute in and around the city.


Augusta is well-reputed as the region of heartfelt country meals. The cuisines of the area blend southern preparation techniques and locally grown ingredients. Classics like shrimp and grits are a must-have in Augusta and Abel Brown Southern Kitchen & Oyster Bar offers the best prepared coastal meals of oysters and smoked fish. Edgar’s Grille is another popular restaurant in the area that has perfected the skill of the southern flair.


Columbia Metropolitan Airport is the closest airport to Augusta, in South Carolina. It’s an hour’s drive from the city. Interstate 20 connects Augusta to Atlanta in the west, and to Columbia in the east. It is well-connected via roads to many other nearby cities which makes them a great weekend getaway destination from Augusta. Some of them are Savannah, Athens, and Blue Ridge among others.

OYO Hotels in Augusta provide modern amenities and a pleasant stay. These OYO Hotels offer all the essential facilities including spacious rooms with TV, AC, free wi-fi and en-suite bathrooms. Other amenities include parking, wheelchair accessibility, pet friendliness, and card payments for the convenience of the guests. Keeping in line with the tradition of the south, the hotels extend to their guests comfortable and warm hospitality.

You can expect several amenities at the OYO hotels in Augusta GA which include spacious rooms and comfortable king/ queen-sized beds, air conditioning, televisions and free Wi-Fi Other amenities include daily housekeeping and parking facilities.

Read MoreRead Less
2.
What are some of the best budget hotels for stays in Augusta GA?

Read MoreRead Less
3.
How much does a cheap hotel cost in Augusta GA?

A room at Hotel Augusta GA Gordon Highway comes for $39 per night. Guests can also get added discounts while booking their rooms through the OYO website.

Read MoreRead Less
4.
What are some of the most popular places of interest in Augusta GA?

Augusta is the second-largest city in the state after Atlanta. It is known as the ‘City of Gardens’ because of its many parks.

Read MoreRead Less
5.
Where can I shop in Augusta GA?

You can pick up a wide variety of souvenirs and gifts at the Surrey Center along with some lovely antiques as well. For picking up local art, hand-crafted glasswork, pottery, sculptures, crafts, specialty gifts, photography and jewelry, Artists Row is where you should head to. The Augusta Market is an exceptional spot to buy local produce, baked goods, honey, coffee, home décor and accessories and more.

Read MoreRead Less
6.
What are some of the best destinations around Augusta GA for a weekend getaway?

Augusta offers versatile destinations for weekend trips including nature hotspots like Stone Mountain or the Blue Ridge with tranquil hiking trails. Those looking for some sand and surf may consider St. Simon’s Island which is home to numerous beachside retreats. To traverse a vintage world, The town of Helen is a good stop with its history and charming buildings. Also, don't miss Try Chateau Elan Winery & Resort, a majestic castle at Braselton that is surrounded by acres of vineyards and offers a golf course, European spa and the finest food and wine.

Read MoreRead Less
7.
What is the best time to visit Augusta GA?

June, July and August are the warmest months in Augusta and are the best times if you want to be at your summer best, getting tanned on the beaches. Alternately, you may visit the city around Christmas and New Year in December to witness the town lit up for the festivities.

Read MoreRead Less
8.
How can one commute in and around Augusta GA?

Parts of Augusta are manned by the Augusta Public Transit or APT network while there are buses plying across the city. The city is cycle-friendly and offers specific trails for cyclists and pedestrians like the Riverwalk Augusta Trail, River Levee Trail and New Bartram Trail.

Read MoreRead Less
9.
What are the best ways to reach Augusta GA?

You can fly to either of Augusta’s two airports, namely the Daniel Field and Augusta Regional Airport. Both international and domestic flights link to these airports. The Augusta Union Station is the key railway junction which has trains arriving from the Atlantic Coast Line, Georgia Railroad and Southern Railways.

Read MoreRead Less
10.
What are some of the things which we can do at night?

Night owls can have some serious fun at hotspots like Soul Bar, The Club Velvet, Backyard Tavern and Loft of Augusta. If you’re in the mood for something different, the Imperial Theatre is where you can catch a spectacular performance or even trip to live music at the James Brown Arena and Le Chat Noir is where you can lounge with a drink and enjoy live theatre and events simultaneously.