Of Roars and Growls: The Best Tiger Reserves in India to Visit This Year

Of Roars and Growls: The Best Tiger Reserves in India to Visit This Year It certainly would not be an overstatement to say that India houses some of the biggest tiger reserves in the world. Right from Sariska in Haryana to the Bandhavgarh Tiger Reserve in Madhya Pradesh, there is no dearth of wildlife reserves in the country.  All those who want to witness the great Indian tiger in its natural habitat need to make their way to some of the country’s most popular national parks.

Wildlife lovers won’t be able to stay away from some of India’s biggest wildlife reserves for long. There is something immensely likeable about the tiger reserves of India. Not only are they brimming with wildlife, but with greenery as well.

All those who wish to explore the best of wildlife in India should make their way to some of the best wildlife reserves scattered around the country.

Here is a bite-sized list of wildlife reserves in the country: Sariska is one of Haryana’s biggest tiger reserves. If you are someone who wishes to embark on a weekend trip from Delhi without having to undertake a long and tiring journey, then the Sariska Tiger Reserve is just the right destination for you. All those travelling from Delhi to Rajasthan should make it a point to visit this very popular wildlife reserve. Jeep safaris are available. Also, those planning to visit this reserve need to check out the Sariska Palace, which is a colonial structure built during the reign of Maharaja Sawai Jai Singh.

The Siliserh Lake is also a popular tourist attraction. Sunsets in Sariska are best enjoyed near the lake. It is one of those peaceful tourist attractions that offer you peace and respite from the pressures of everyday life. Do remember to book a hotel in Rajasthan near the Sariska Tiger Reserve right now. Corbett National Park is yet another popular wildlife reserve located in the northern part of the country. Again, much like the Sariska Tiger, reserve, it is a popular weekend destination for those living in Delhi, Chandigarh and Himachal Pradesh. Those residing in Delhi would take somewhere around 5 hours to reach Jim Corbett. A distance of under 250 km from Delhi makes it one of the most popular tourist attractions in North India.

Apart from the usual jungle safari, tourists should definitely check out the Jim Corbett Waterfall. It is a popular tourist destination for those who want to explore and relish the beauty of Mother Nature in its purest form.

Adventure seekers should make it a point to try out river rafting in Kosi River. The good thing about this adventurous experience is: it can only be done during the monsoons. If you are planning to travel all the way to Kosi, then do remember to carry your cameras along as Kosi is no less than a visual paradise. Ranthambore is yet another popular tourist attraction that would be loved by those who wish to embark on a long and elaborate journey from Delhi to the North-western part of the country. Surwal Lake, located inside the premises of the wildlife park, is a popular tourist attraction that is a symbol of peace and tranquillity. It is also a popular spot for photographers who wish to capture the true beauty of nature. Malik Talao is yet another lake, which is a bit smaller in size, but is just as beautiful as the Surwal Lake. Those planning to visit this lake would be able to witness wild animals in their natural habitat. So, apart from the usual jungle safari, there are several natural wonders that need to be explored without fail by the touring parties. 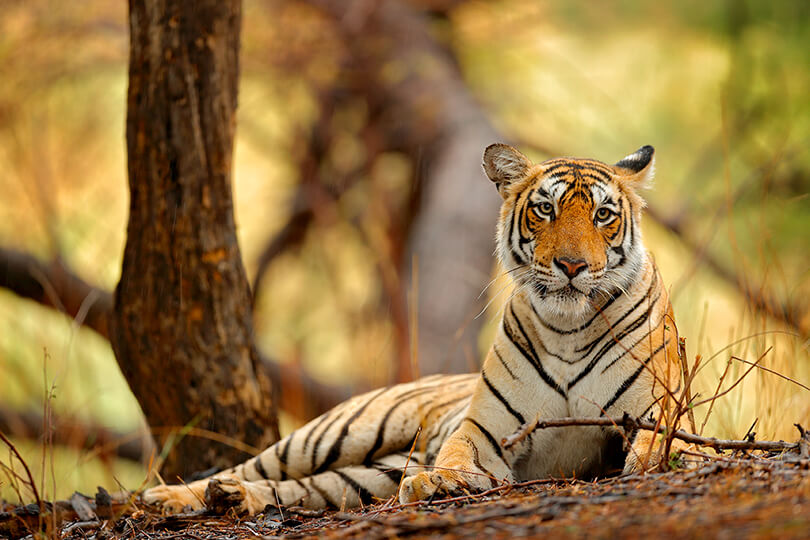 Madhya Pradesh does have a great deal of wildlife reserves for the audiences to look forward to. One of the best tiger reserves in Madhya Pradesh is Kanha National Park.  Apart from the rich expanses of the Tiger Reserve, there is a host of other exciting places for the tourists to witness and admire.  The Kawardha Palace is a visual treat and appears no less than a visual spectacle.

Plus, the vast green expanses offer visual respite to those who happen to be tired of the monotony of everyday life. Apart from tigers, you will also get to treat your eyes to some exotic species of birds, including eagles, teals, and storks. The nearest airport and railway station connecting the park to the rest of the world is located in Jabalpur. Therefore, it is always a good idea to book your hotel accordingly. Periyar is one of the best national parks in the country, it is also known for the peace and silence it has in store. Apart from the national park, it is the Periyar Lake that ends up attracting a great deal of visitors to Kerala. At a distance of 5km from the tiger reserve is a popular spice garden that houses some of the best and authentic spices in Kerala. Get up and close with the culture of Kerala by visiting the Mudra Cultural Centre. Those visiting the tiger reserve would be able to make their way to the centre with ease as it is located at a distance of just 3 km from the reserve. Explore culture and nature like never before @Periyar National Park. 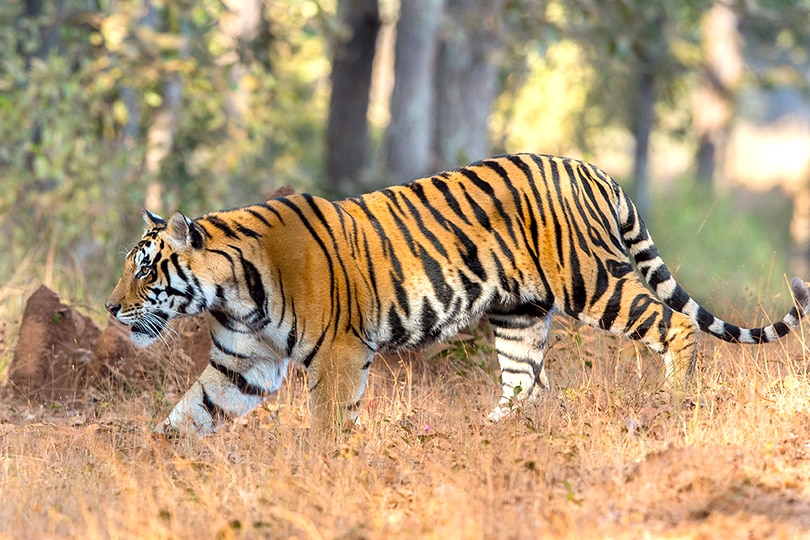 Sundarbans is one of forest areas in India synonymous with the Royal Bengal Tiger. If you are planning to visit the Sundarbans anytime soon, then book a flight from anywhere in India to the Netaji Subhash Chandra Bose International Airport. The forest area is located at a distance of just 130kms from the airport. Apart from witnessing the Royal Bengal Tiger in its natural habitat, you will also be able to witness several exotic birds at the Sajnekhali Bird Sanctuary. Here, kingfishers and herons.

All in all, there are several wildlife reserves that should be visited by the touring parties without fail this year. There is a  great deal of adventure and excitement waiting for you.