Map View
Sort ByPopularity
10% Discount on booking. Valid until 30th Dec 2020.
Free Cancellation
Get 100% refund for your bookings made via OYO when you cancel 48 hours before check-in. 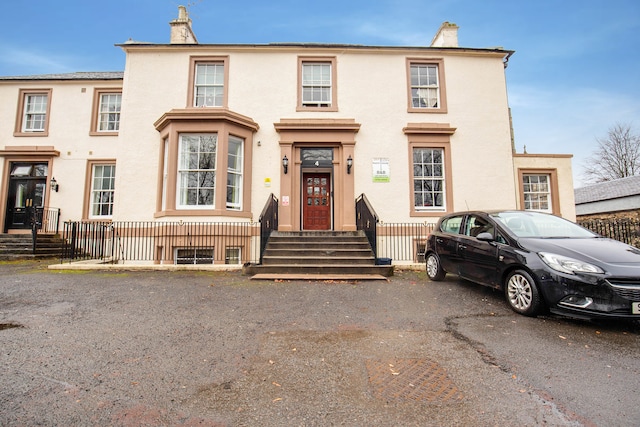 Once an industrial city, today Glasgow has been transformed into a cultural hub of Scotland. Located on the River Clyde, the city has grown exponentially in the past few decades. Now it is home to several ethnicities, peoples, and races. It is often called a student town because of the number of colleges and universities in the city.

Anything south of the Clyde is often called South Glasgow, and you will find many sightseeing places in this area. There are several hotels in South Glasgow, which makes it a perfect base for traveling around town.

Often called a cultural center, Glasgow has a lot of places one can visit.

Also known as St. Mungo's Cathedral or High Kirk of Glasgow, this church was built in the 12th century and is one of the most visited places in the city. Within the cathedral itself, you can take a guided tour to know more about the historic and cultural relevance of the structure, or you could head next door to the St. Mungo Museum of Religious Life and Art which has some exciting exhibits and shows.

River Clyde was once a centre of shipbuilding activity, and the Fairfield Heritage is a memory of the bygone golden age of industry in Glasgow. You can learn about the history and heritage of this old shipyard by taking a guided tour of exploring the area yourself. The centre has many exhibits dedicated to how the ships were (and are) built, the people who worked with the ships, and the stories behind the several ships built in Fairfield shipyard.

Designed by one of Glasgow's eminent artists, Charles Rennie Mackintosh, this building has become a tribute to the architect. Designed at the beginning of the 20th century, the building is now a museum that has exhibits and events centered around the legacy of education in Glasgow. This is a great place to visit to get a taste of Glasgow’s local history.

Glasgow has two major airports that connect the city to international and domestic locations. The Glasgow International Airport is closer to South Glasgow and is only 19 minutes away from the Glasgow Cathedral by road. The Glasgow Prestwick International Airport is a little further away and takes about 40 minutes to reach. You can also take a train to Glasgow Central from the major cities in the UK like Edinburgh, London, Bristol, and Liverpool. If you are traveling from the Scottish Highlands, you can take a train to Queen Street Station.

You can explore the city of Glasgow via local buses and taxis. It is a pedestrian-friendly city so you can walk to most of the major attractions in the city as well.

Head to The Butterfly and the Pig to get a full Scottish Breakfast and Old Salty's for Macaroni Pie and Chips.

There are many exciting OYO hotels in Glasgow that connect you to all the major tourist hubs within the city. Budget-friendly and conveniently close to the city centre, the OYO hotels in South Glasgow offer amazing amenities like free wifi, car-parking, daily housekeeping, TV, AC, CCTV cameras for security, and card payment options for a comfortable and convenient stay.