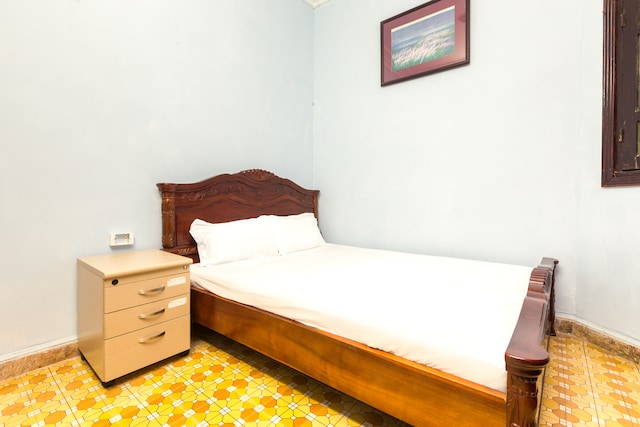 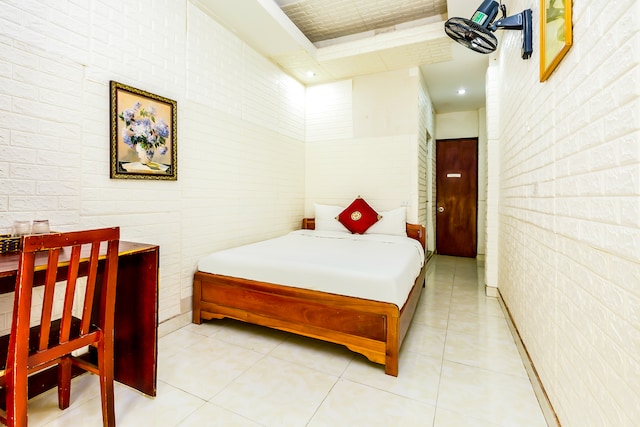 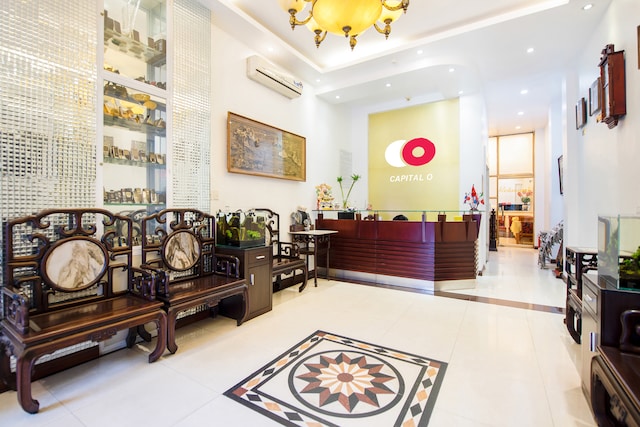 Cau Giay District, Hanoi· 4.4 km
NEW
Vietnam Superior Double
₫550000₫120181354% off
per room per night
Get access to exclusive deals
Only the best deals reach your inbox
Your email

The Capital City of Vietnam with its Old Quarters, hidden alleyways, seafood restaurants by the lake and amicable locals will charm its way into your heart. A city that has recently opened its door to the world, Hanoi is quickly becoming a favourite amidst ardent travellers.

Start your exploration of this colourful city from the West Lake. One of the largest lakes in the city, on one side, you will be greeted with that pungent waft of crackling seafood and on the other, you will get a chance to unwind in the city’s top luxury hotels. The circular pathway created along the city also makes for a perfect place for cycling.

Later, roam through the Old Quarters, soak in the chaos of it, followed by a couple of peaceful hours in retrospection in the Temple of Literature. One of the oldest universities in the city, here you can learn about Confucianism and more. To explore all this, book an OYO hotel in Hanoi today.

The room charges for a night in Hanoi would depend on many factors, such as:

OYO hotels in Hanoi promise you a comfortable stay at its most affordable price range. The hotel room rates vary between 161.623 Vietnam dong to 1.227.023 Vietnam dong.

Read MoreRead Less
2.
What are some of the popular landmarks/spots in Hanoi?

Dong Xuan Market- experience the true Hanoiains who buy and sell goods. You will be amazed by the bargaining culture.

Read MoreRead Less
3.
Which are the basic amenities that one can expect in an OYO Hotel in Hanoi?

All hotels including the budget hotels in Hanoi come with all basic amenities like:

Read MoreRead Less
4.
What are some of the best destinations around Hanoi for a weekend getaway?

Hanoi is not only the capital of Vietnam but also a place with a number of popular attractions. Therefore, a weekend getaway is always a wonderful option for both locals or tourists.

Since Buddhism is the main religion in Hanoi that goes to every corner of this city, there are thousands of pagodas and temples: Perfume Pagoda, Thay Pagoda, etc.

Read MoreRead Less
5.
Which shopping centres in Hanoi, are closest to an OYO hotel?

The major shopping centers that can be accessed by all affordable hotels in Hanoi are:

For a taste of the local markets, visit the Hanoi Night Market (open from Friday to Sunday night) and Dong Xuan Market (open till 4 PM).

Read MoreRead Less
6.
What is the weather usually like in Hanoi?

Hanoi enjoys a tropical climate that remains mild throughout the year. The dry season at Hanoi starts in November and ends in April while the wet season is from May to October. Hence, the best time to visit Hanoi and take advantage of the Hanoi hotel prices are from September to November and March to April.

Read MoreRead Less
7.
What all adventure sports do Hanoi offer?

Hanoi has various options of adventure sports for all adrenaline enthusiasts. A four-hour drive from Hanoi would take you to Halong Bay where one can enjoy kayaking and snorkeling. The hiking lovers can do so at Ba Vi National Park or at Dancing cave in Ninh Binh and enjoy the scenic panoramic view. One can also enjoy Stand up paddle surfing in Tay Ho.

There are also motorbikes and bicycle tours that are organized around Hanoi’s countryside.

One can enjoy sports and stay in one of the many lakeside hotels in Hanoi.

Read MoreRead Less
8.
What are the top tips for finding the perfect Hanoi hotel?

Hanoi is a major tourist spot and has numerous hotels to accommodate tourists. There are cheap hotels in Hanoi with pool and hotels with Jacuzzi in rooms Hanoi. A good practice is to look at reviews and recommendations from fellow tourists. Taking a look at hotel room pictures will also help you in the deciding process of looking for the perfect room.

Read MoreRead Less
9.
How do people in Hanoi usually commute?

Grab: The best solution for exploring a dynamic lifestyle city.