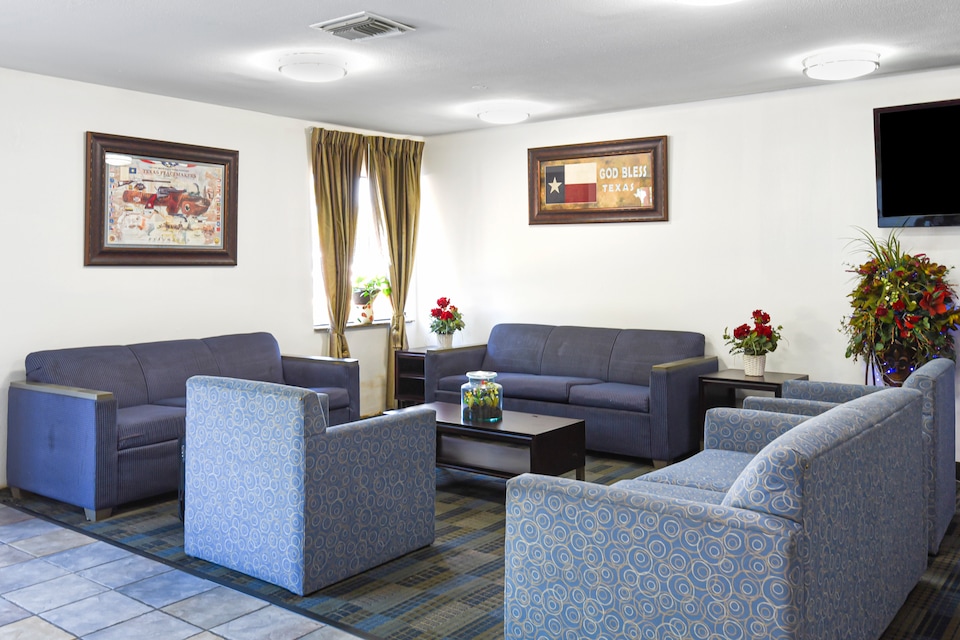 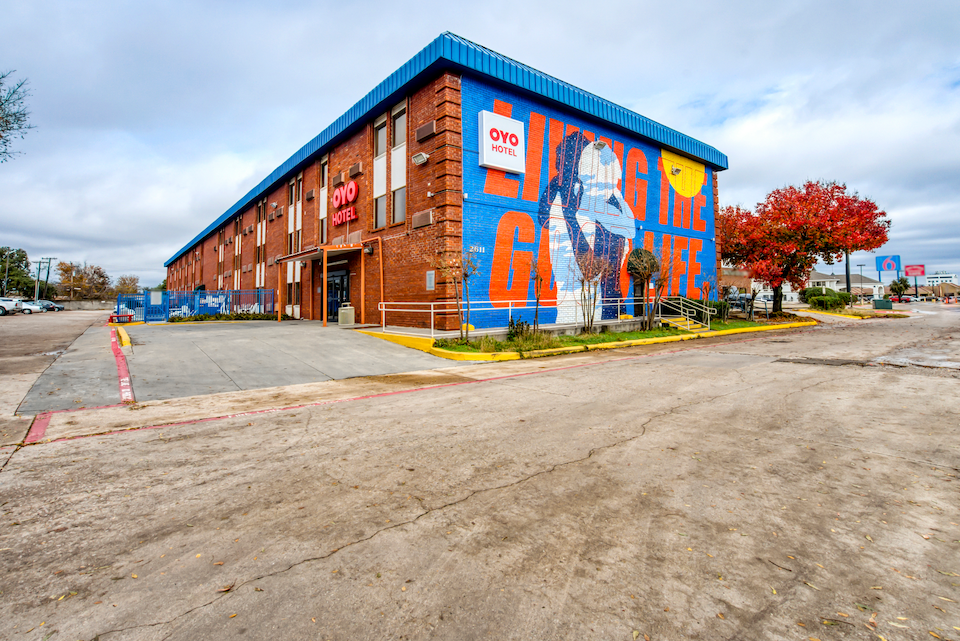 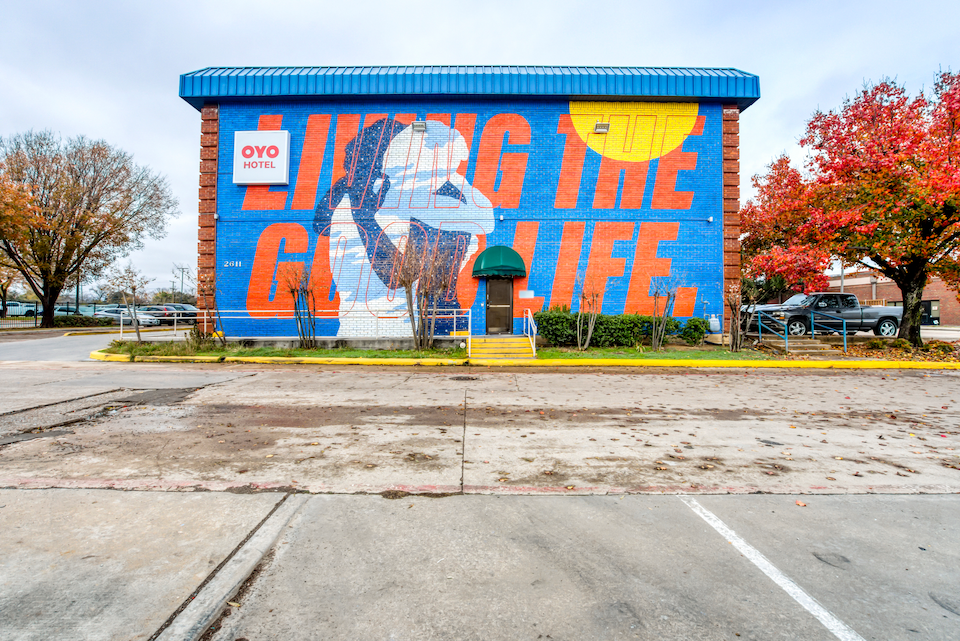 3.7
406 Ratings
Located in Irving TX. Book this hotel for 7 days or more and get 42% off!
Description
Location
The OYO Hotel Irving DFW Airport South is conveniently located less than a ten-minute drive or Uber ride from Dallas/Fort Worth International Airport. Located right off of Highway 183, other highways within a few miles of the property include Interstates 20, 30, 35E, 45, and 635.

Amenities
Travelers are welcomed at the OYO Hotel Irving DFW Airport South in modern, airy lobby.
The guest rooms are sleek, spacious, and bright, with both king and full bed options. All rooms have well-appointed private baths and a flat-screen television. Daily housekeeping is included in the room rate, and free and fast Wifi is available to guests 24/7. There is a communal kitchen, available to guests for convenience. The entire property is air conditioned for comfort, and there’s also an outdoor pool for cooling off and relaxing.

Dallas is widely known as a hub for commerce and culture. Located in southern Texas, the Dallas/Fort Worth area was initially built around the railroad lines that ran through. The city is still a transportation hub, with four major highways intersecting through the city and one of the busiest airports in the country.

The OYO Hotel Irving DFW Airport South is less than a 20-minute drive from Six Flags Over Texas, a premiere amusement park in Arlington, TX. Thrill-seekers can find a rush with attractions like BATMAN The Ride and Dive Bomber Alley (soar 16 stories through the air for the ultimate skydiving experience!). Animal-loving travelers will want to take a quick ride into Dallas to check out the Dallas Zoo, a 106-acre zoo housing more than 2,000 animals. 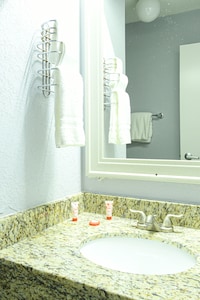 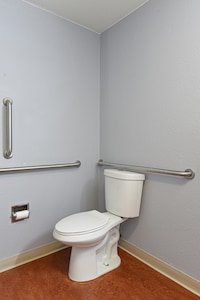 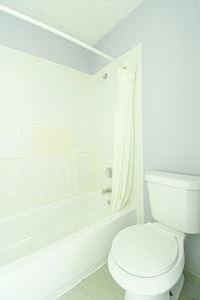 Location! The Room Was Nice