Hotels in Manila and Places to Stay 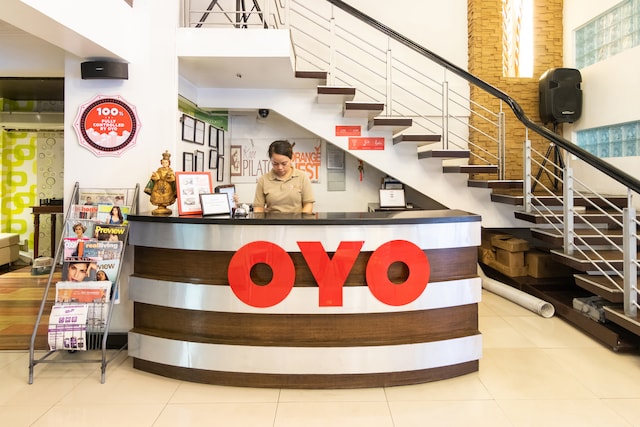 Luzon, Manila· 3.1 km
All staff vaccinated with both doses
4.4 (22 Ratings)·Very Good
AC
TV
Window
+ 32 more
Philippines Standard Double
₱1332₱214737% off
per room per night
Log in to unlock exclusive deals
Enjoy up to 15% extra discount on your bookings
Login

Near San Pedro Steet,Manila· 2.9 km
All staff vaccinated with both doses
4.4 (48 Ratings)·Very Good
Window
Reception
AC
+ 57 more
WIZARD MEMBER
Standard Bunk 4 Bed
₱2200₱336134% off
per room per night
Get access to exclusive deals
Only the best deals reach your inbox
Your email

About Manila and Places to Visit

Manila is often considered to be just another populous and urbanized metropolis. However, beneath its concrete skeleton, the soul of the city lies in its deep-rooted history and multi-cultural heritage. Despite Spanish colonization which was followed by a period American control, Manila has a distinct personality that has undergone rapid development since independence. Today, Manila is the epicenter of economic activity in the Philippines. The cultural influence of colonialism can be seen in the murals of its iconoclastic churches that are steeped in roman catholic imagery. There is a lot to be explored here.

Pagsanjan Falls- A scenic drive away from Manila, Pagsanjan Falls is best seen at the end of a thrilling canoe ride through the river, Magdapio. Making its way through mammoth rocks, the water rushes down at great speed. It is a sight that has to be enjoyed in person as pictures aren’t enough to do it due justice.

Pacific War Memorial- At the mouth of the Manila Bay, Corregidor Island is home to notable landmarks ripe with Filippino history. This memorial stands in honor of the Filipino and American soldiers who lost their lives in the second world war. Its architecture is simple with a white marble dome that has a circular opening at the top. Popular folklore states that the sun shined directly through the opening and onto the altar on 6th May, the day that saw the overthrow of the Japanese Imperial Army in Corregidor, for three consecutive years.

Intramuros- The walled city of Manila has been registering a surge in tourism every year. It reflects the Spanish influence on Manila’s history and is home to innumerable churches, wartime ruins, and museums. Most noteworthy among these is Fort Santiago which has been at the cusp of Manila’s changing times, from the British rule in the 1700s to serving as the military camp of the Americans in the early 20th century to being turned into a prison camp by the Japanese during world war II.

Chicken adobo is the most flavourful dish to try in Manila. Balut is a boiled duck embryo, garnished with vinegar and eaten as a snack, while intact in the shell. Kinilaw, a favorite among the locals and one of the best offerings of Manila, it is a raw fish salad served with acidic juice.


How to Reach Manila

Ninoy Aquino International Airport is the only airport in the city, with domestic and international flights flying in and out of Manila. The city of Manila is well-connected through roads with the surrounding towns and villages. Also, regular ferries transport people in and out of the city with the ports acting as the entry and exit points. Trains run from the north end of La Union to Legazpi in the south, in Manila.

January to April are the best months to travel to Manila. You can visit Manila any time of the year but the wet months from June to November restrict movement around the city as the weather is hot and humid.

For the best accommodation during your stay in Manila that covers all your needs, OYO Hotels have over 40 established properties in the city, offering all basic amenities and comfortable living.
Read MoreRead Less

There are various types of rooms available at the OYO hotels in Manila. These rooms range from a standard single type, to a standard double, superior double, deluxe double, suite double and triple.

They also have twin beds in superior and standard options for guests to choose from. Depending on the type of room and the number of guests in each room, the amount charged for Manila hotel room rates could range from 750 peso to 4000 peso.

Read MoreRead Less
2.
What are some of the popular landmarks/spots in Manila?

Being on the coastline of the Philippines, Manila has a number of tourist spots and landmarks to offer. Having something for all, one can visit Sampaloc Manila which the university belt of Manila often referred by the locals as the U-Belt. It is known for its numerous universities and institutions with the oldest extant university in Asia being the University of Santo Tomas.

Visit the Dr. Jose Rizal Statue at the beautiful Rizal park which was built in memory of the executed Filipino nationalist Jose Rizal. Those who wish to make the most of the night life should definitely check out Makati Manila for it is an entertainment hub and also the finance district of Manila.

Read MoreRead Less
3.
Which are the basic amenities that one can expect in an OYO Hotel in Manila?

The comfort of the guest is the top priority of the staff of OYO hotels. That being said, you can enjoy some of the finest amenities when staying at a OYO hotel in manila like free Wi-Fi to TV, each room is furnished with its own air conditioner. At slightly higher costs, you can relax and enjoy the hotels Jacuzzi and spend quality time in the swimming pool.

24*7 housekeeping and a manned front desk will tend to your every need and fancy.

Read MoreRead Less
4.
What are some of the best destinations around Manila for a weekend getaway?

If you decide to visit Manila, you can also get behind some of the most beautiful weekend getaway destinations that the place has to offer. Tourists can go for a walking tour of the Cubao District Walking Tour or check out the life in Bel-air Manila. Quezon City in is another great getaway location in Manila. Being a residential district, it is surrounded by gardens with playgrounds and fountains making it a quaint area to be in.

On the coast, Malate Manila is the crown jewel for tourism in the city with numerous down to earth local eateries theatres and orchestra performances that are surely to make your trip memorable.

Read MoreRead Less
5.
Which shopping centres in Manila, are closest to an OYO hotel?

The closest and most well-known shopping centre near an OYO hotel in Manila is the 168 Shopping Mall. It has everything a person could ever ask or ever need at very cheap prices making it a great spot for bulk buying of clothes, accessories, shoes, etc. Shoppers can also visit the SM Mall of Asia, and is the biggest shopping district and also close to a number of OYO hotels in Manila.

Read MoreRead Less
6.
What is the weather usually like in Manila?

The weather in Manila usually remain hot throughout the year with slight overcast during the wet and damp seasons. During the more arid seasons, the sky tends to be partly cloudy with an average temperature of 92˚F during the summer seasons of April and May.

Most OYO hotels in Manila accept both debit and credit cards from those who check in. Call hotel directly for more information.

Read MoreRead Less
8.
Where To Eat in Manila

Manila has a number of fantastic restaurants, cafes and eateries scatter all across the coast. Enjoy delectable meal at Barbara’s heritage restaurant , the Illustrado restaurant, café Adriatico premier and many more.

Read MoreRead Less
9.
How do people in Manila usually commute?

Bus: Buses run through the city 24*7 and commuters can choose whether to travel on an AC or non AC bus as per their convenience.

Train: Manila has two distinct railway system that connects different parts of Manila making commute by train easier. Them being the MRT and LRT systems. This system allows commuters to connect and reach from Quezon City in the north to Pasay City in the south making commutes throughout Manila a convenient and easy task.

Take a walk/ Cycle: Those who wish to explore the city and its small alleyways can also opt to walk and cycle to wherever their heart desires. This allows people to take in the natural beauty of the tropical city instead of getting lost in the hustle of daily commute.

Airport: people can easily access the Ninoy Aquino International Airport of the Manila International Airport for when they need to fly to other places. It serves as a great way to get more tourists and promote travel between other cities and even international countries. There are a number of OYO Hotels near the airport which makes travel and stay more comfortable.

Read MoreRead Less
10.
What are some of the things to see and do in Manila?

Visit the museums: Everyone loves a museum and Manila has a plethora of those to offer. From the National Museum of Anthropology to the National Museum of Natural History, pope can visit these museums and revel in the rich history of manila and the world. There are also places like the Museo Pambata which is a great place to visit with kids and children where the can touch and interact with the different exhibits.

Visit the art galleries: those who are more interested in the arts can visit art galleries like the national museum of Fine art and the CCP Contemporary Art Museum in Philippines, Manila. Architects and designers will especially find the Museum of Contemporary Art and Design a platform of wonder and inspiration during their visit and stay at manila.

Visit the historic sites: Manila also has a multitude of historical places and sites like the Baluarte de San Diego and Rizal park for tourists and history enthusiasts to visit. Along with that, the San Agustin Church, Aduana Building and the Minor Basilica of the Black Nazarene jewel Manila with historical enrichment and beauty for everyone to see