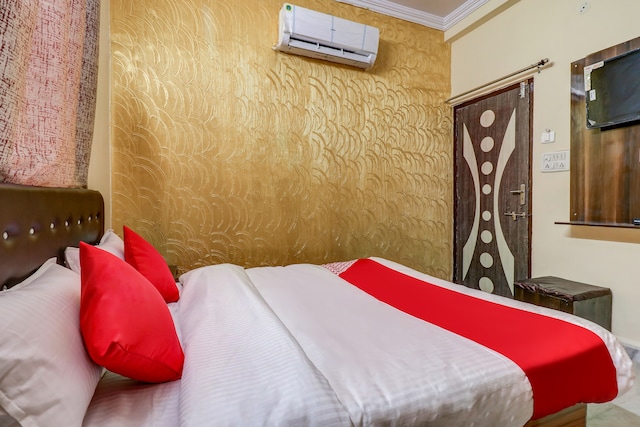 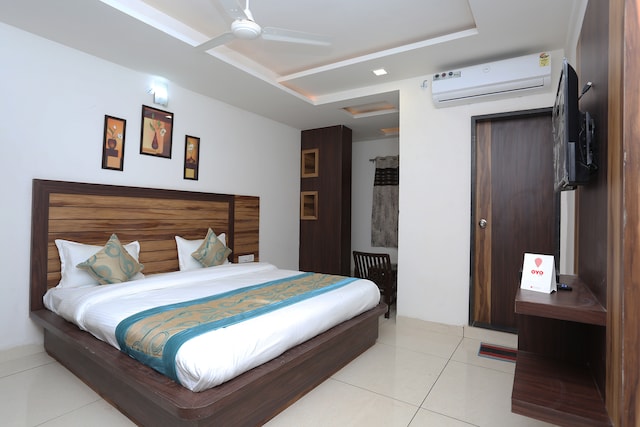 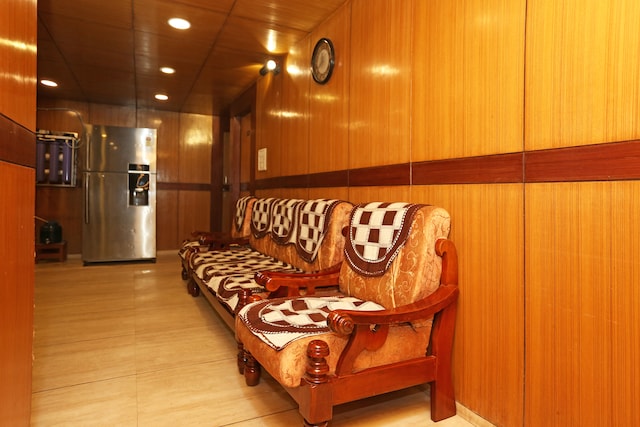 Near AIIMS, Bhopal· 6.5 km
5.0 (1 Ratings)·Fabulous
Hair Dryer
Parking Facility
Reception
+ 20 more
₹1216₹202639% off
per room per night
123456
Nestled in the very centre of our country, Bhopal enjoys its status as the capital of Madhya Pradesh. As the cultural epicenter of the state, Bhopal is also known for its wide green vistas and a green cover that is unparalleled. When you visit Bhopal, you realize that it is not only rising from its small town status, but it is also rising in its sustainable approach towards growth. If you think you are going to face the typical problems encountered in most growing cities of India, you may want to think again. Bhopal is full of examples revolving around planned growth, greenery, and a focus on culture and heritage like none other.

Before we move on to the main attractions of the city and where you can stay, let us take a quick look at what you can expect from Bhopal. This city has a population of about 18 Lakhs, as of 2011 as per various reports. It also has various national parks and lakes. You can also find fossils and ancient craftsmanship in its State Museum. The days are usually warm with a pleasant breeze in the evenings and some amount of humidity all year round. Winters are not too cold, while Summers can be pretty warm.


Top Things to Do in Bhopal

So if you are in Bhopal, and wondering what to do with your time, well we have just the list for you! Bhopal is literally a haven for those who love greenery, and history buffs alike. So take a look at this list and keep it handy for your Bhopal visit: - Taj Ul Masjid: Now this one is quite a delight! Known as one of the largest mosques in all of Asia, Taj Ul Masjid will make you breathless at first sight. The pristine white domes and along with the massive courtyard that no doubt saw plenty of history in action are only some of the high points of this heritage site. You can also take in the beauty of the Mughal style architecture with Persian influences in the minarets that dot the structure. - The Upper Lake and Lower Lake: There are two main lakes in the city of Bhopal, including the Upper Lake and the Lower Lake. While the Upper Lake has been created by Raja Bhoj in the 11th century to cure diseases, the Lower Lake is also known as the Bhoj Wetland and it is separated by a bridge that offers you scenic views as you walk along. - The State Museum: Bhopal houses a lot of heritage items and historical items including fossils and rare paintings found in Jain caves. You can find many items that have been painstakingly preserved in these quarters even as you take a walk through its wide corridors. - Bhimbetka Rock Shelters: This is a world heritage site that offers you a peek into ancient times thanks to the oldest paintings that have been restored and preserved for generations to come. - Gohar Mahal: The very first female ruler in Bhopal created this beautiful palace that is aptly named after her. Gohar Begum was the one who created Gohar Mahal and it presents a rich look at the time and era when she ruled over Bhopal. - Shaukat Mahal: If you thought Indo Islamic architecture is all you will find in Bhopal, you will be pleasantly surprised. This palace has a distinct European style that brings in a wonderful ode to the colonial times.


Where to Stay in Bhopal

If you are looking for a place to stay in Bhopal, you should look for properties situated in areas next to the mall, the market place or even close to the railway station. You may want to find a place in the high tech city as well, as this is an upcoming technology belt in green Bhopal which merges the best of both worlds. Pallavi Nagar, People’s Mall, Hosangabad Road and other such areas are ideal for people who are travelling to Bhopal with their families, as it will be close to most of the main attractions.


Hotels in the City

When you are travelling, you basically want to ensure that all your immediate needs are taken care of so that you can have a comfortable stay where you can explore the city at your own pace. OYO Rooms are one such option that will give you a home away from home feel. You can easily book yourself a room in a property situated in any good part of the city or town. With friendly staff to help you explore the city, as well as complete power backup, WiFi at all times, and TV as well as other amenities like clean bathrooms and breakfast at most places, you can be sure that you will be well looked after. Most of these rooms are even attached to a kitchen that can bring you piping hot meals!