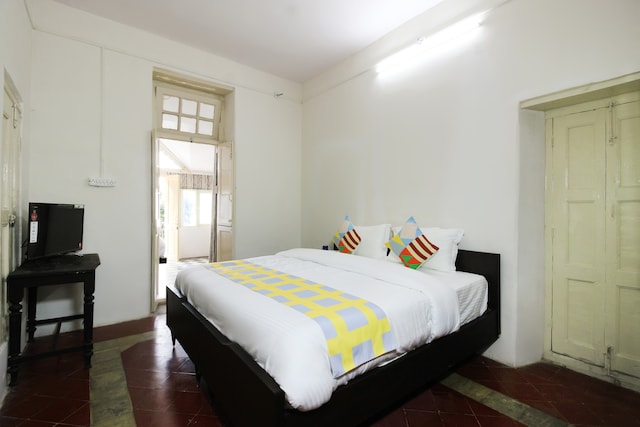 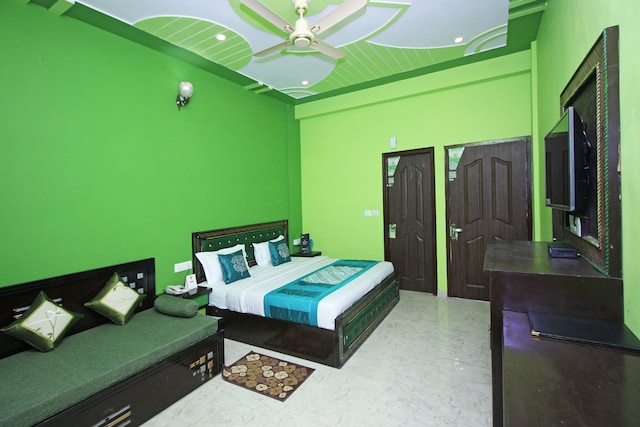 Mall Road, Mussoorie· 1.4 km
14 people booked this hotel in last 6 hours
4.6 (1205 Ratings)·Excellent
Free Wifi
Geyser
Power backup
+ 7 more
Sold Out
Get access to exclusive deals
Only the best deals reach your inbox
Your email
12
The ‘Queen of Hill Stations’ stands tall on a 2km-high ridge and vies with Nainital as Uttarakhand’s preferred tourist destination. On a clear day, one is privy to the beautiful views offered by the green Doon Valley and the white-capped Himalayan peaks. During the scorching summer months, the cooler temperature and fresh mountain air is what draws tourists from across the country. The hill station was established in 1823 by the British and became quite popular with them. The remnants of the era still linger on in the architecture of the churches, hotels, summer palaces and libraries. Visitors swarm the place during the summer months from May to July. Both families and honeymooners can be found traversing the hill roads and enjoying the beautiful sights. The town is usually shrouded in mist during the monsoon.

Central Mussoorie comprises two developed areas: Gandhi Chowk (also referred to as Library Bazaar) on the western side, and the bustling Kulri Bazaar and Picture Palace towards the eastern end. Both areas are linked by the 2km Mall, which is still frequented at an alarming rate by pedestrians. However, this area has also seen an increase in vehicular traffic and noise. Beyond Kulri Bazaar, a narrow road opens up into Landour Bazaar. The cable car ride to Gun Hill is definitely among the best highlights of a Mussoorie visit. Gun Hill offers tourists a view of a number of big peaks. A steep path also leads to the viewpoint. The best time to visit is an hour before sunset. There’s a mini-carnival atmosphere during the peak season with kids’ rides, food stalls and couples taking out pictures in traditional costumes. A visit to Christ Church is also a must. Established in 1836, it is regarded as one of the oldest churches in the Himalayas. One can also pay a visit to Union Church.

The best time to visit the beautiful hill station is between April and June. A number of tourists visit the town during this period owing to the pleasant climate. For those looking to play in snow, a visit to the town during winter is a must. During the monsoon (August and September), one can expect heavy rain. The stunning OYO premium and budget hotels in Mussoorie will ensure travellers wake up to picturesque scenes. One can find accommodation near the always-busy Mall Road. There are branded OYO Rooms located near the Picture Palace and Company Bagh. With a host of options available, one can be assured of a pleasant stay in Mussoorie.
Read MoreRead Less


Read MoreRead Less
2.
Which are the top places to visit in Mussoorie?
Mussoorie can easily become a tiring place with its various places that are worth visiting at least once. Some of the spots and places that you cannot miss on your trip are:
Having such a long list of places to visit in mussoorie can be in your mind for many years to come
Read MoreRead Less
3.
What is a good time to visit Mussoorie?
Mussoorie is a beautiful hill station well known for its scenic beauty and pleasant temperatures famously called the Queen of Hill Stations. The best time to visit Mussoorie is from September to June. Summers in this hilltop city are ideal for adventure sports and other activities and the winters are picture perfect with snow-covered landscapes and enjoy sports like skiing. It is best to avoid travelling to Mussoorie during the Monsoon season.
Read MoreRead Less
4.
Are there any good options to stay near Mall Road in Mussoorie?
Looking for Hotels near Mall Road in Mussoorie OYO have many options for every guest.
The ‘Queen of Hill Stations’ stands tall on a 2km-high ridge and vies with Nainital as Uttarakhand’s preferred tourist destination. On a clear day, one is privy to the beautiful views offered by the green Doon Valley and the white-capped Himalayan peaks.
Read MoreRead Less
5.
How many homestays in Mussoorie are available for booking?
In any given day, there are more than 160 homestays in Mussoorie to choose from. These properties are located in the prime locations of the hill station and are of varying sizes and types. The collections filter on the OYO website or app helps you make a more precise choice while booking. You can also choose homestays with a mountain view, if you wish. If you are planning to visit Mussoorie in summer, the earlier you book the homestay, the better options will you get.
Read MoreRead Less
6.
Is the city covered by Metro/bus network? What is the best way to travel across the city?
Mussoorie is not covered by Metro/bus network. The local mode of transportation of this city is the rickshaw which is convenient to use for both the locals as well as the tourists. You can also book taxis to travel in and around the city.
Read MoreRead Less
7.
Which are the best places to enjoy Adventure Sports on Mussoorie?
If you are an adventure junkie, there are a number of things that you can do in Mussoorie. There are dedicated parks and resorts accommodations by OYO Rooms in the city that offer various adventure sports. Some of the best ones are  Kempty Lake Adventure Resort
 Mussoorie Adventures Parks and Sports
 Royal Orchid Fort Resort
 Adventure Park Mussoorie
Read MoreRead Less
8.
Which are the best places to shop in Mussoorie?
Mussoorie is not just about adventures and sightseeing, the city also has a wide variety of shopping options. The best shopping places in Mussoorie are Mall Road, Tibetan Market, Kulri Bazar, Himalayan Weavers, Landour Bazar and Sister’s Bazar.
Read MoreRead Less
9.
Which are the famous tourist spots around Mussoorie?
There is a huge list of famous tourist spots around Mussoorie. Some of them are  Happy Valley
 Soham Heritage and Art Centre
 Robber's Cave
 Jabarkhet Wildlife Reserve
 Jharipani Falls
 Lake Mist
 Gun Hills
 Tibetan Buddhist Temple
Read MoreRead Less
10.
Which are the famous local festivals?
Mussoorie has a rich culture and there are many festivals that are celebrated with élan here. When you visit make sure to check out the local calendar and be a part of the festivals that are scheduled during that time period. Some of the most popular festivals are Summer Festival, Autumn Festival, Phool Dei, The Bhadraj Fair, Hariyala and Sukhanda Devi Mela.
Read MoreRead Less
Download OYO app for exciting offers.
Download on theApp StoreGet it onGoogle Play
About UsTeams / CareersBlogsSupportOfficial OYO BlogInvestor RelationsOYO CircleOYO Frames
Terms and conditionsGuest PoliciesPrivacy PolicyTrust And SafetyCyber SecurityCyber Security AwarenessResponsible Disclosure
Feeling lucky? Try out a random OYO. Find OYO
Have Queries ? Call for any assistance on 0124-6201600
OYO Townhouse
Your Friendly Neighbourhood Hotel
OYO HOME
Unlocking Homes
HOTELS BY CITY
Hotels near meHotels in GoaHotels in PuriHotels in MahabaleshwarHotels in OotyHotels in JaipurHotels in ShimlaHotels in ManaliHotels in UdaipurHotels in MussoorieHotels in PondicherryHotels in DelhiHotels in MumbaiHotels in NainitalHotels in LonavalaHotels in MunnarHotels in BangaloreHotels in MysoreHotels in DarjeelingHotels in Mount AbuHotels in KodaikanalHotels in HyderabadHotels in PuneHotels in ChandigarhHotels in ShirdiHotels in AgraHotels in GangtokHotels in CoorgHotels in ChennaiHotels in TirupatiHotels in DalhousieTravel GuideAll Cities HotelsCoupons
MOST POPULAR HOTELS
Hotels in HaridwarHotels in KolkataHotels in AhmedabadHotels in ShillongHotels in RishikeshHotels in VaranasiHotels in AlibaugHotels in MandarmaniHotels in SaputaraHotels in DamanHotels in OotyHotels in YercaudHotels in AmritsarHotels in MaduraiHotels in CoimbatoreHotels in KasauliHotels in DehradunHotels in DharamshalaHotels in GuwahatiHotels in LucknowHotels in McleodganjHotels in KatraHotels in Port BlairHotels in IndoreHotels in JaisalmerHotels in JodhpurHotels in PachmarhiHotels in VijayawadaHotels in TrivandrumHotels in Vizag
2013-2022 © Oravel Stays Limited