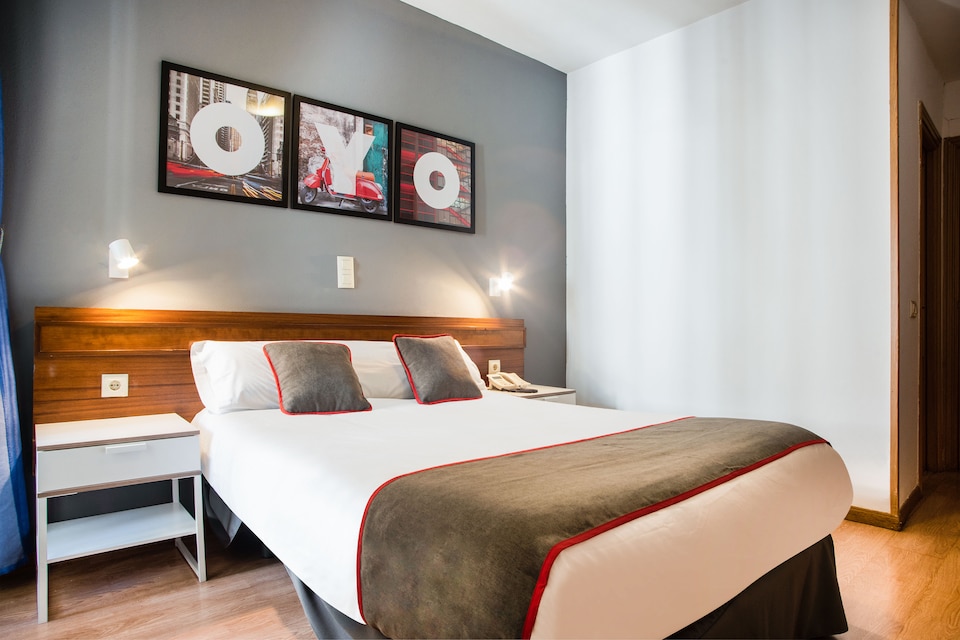 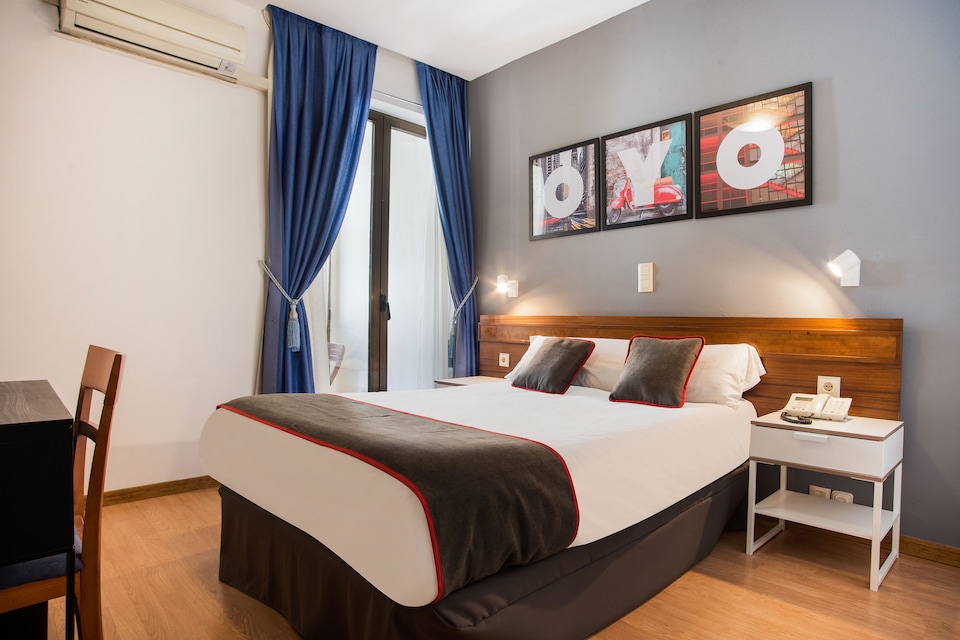 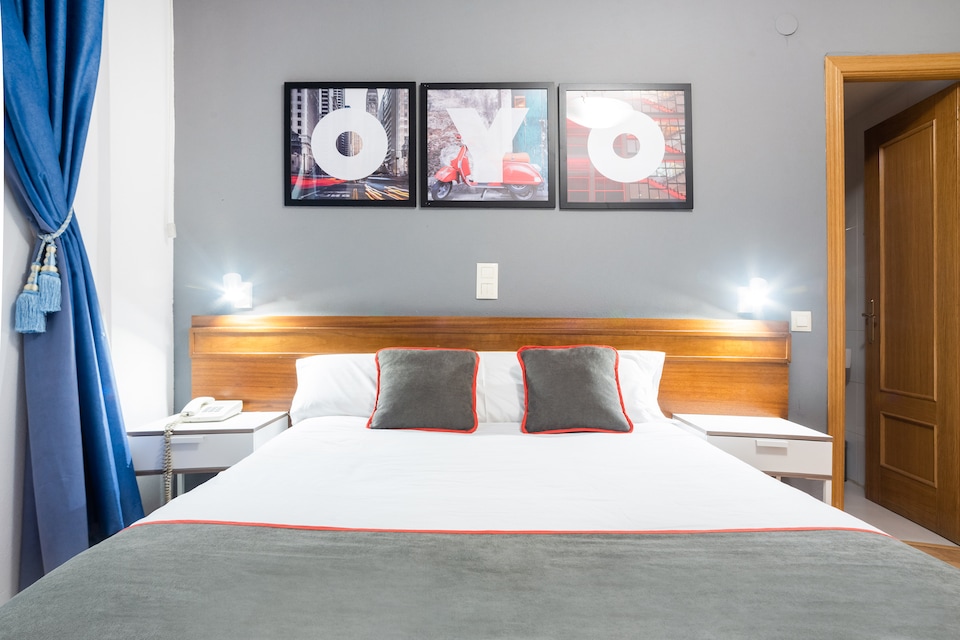 Near Gran Via Subway, Madrid

This hotel is situated on Gran Vía, Madrid´s main street and 200 metres from the Puerta del Sol.

All rooms have a living area with TV, telephone and a safe. The rooms also include a private bathroom with shower or bathtub. Some rooms also feature a balcony.

La Puerta del Sol is a square in the Spanish city of Madrid. Since 1950 it has been home to the so-called Km0 of the country's arterial roads. The oldest building of the Puerta del Sol is the Post Office. The National Museum of Prado, in Madrid (Spain), is one of the most important museums in the world, as well as one of the most visited (the 18th in 2013 among art museums). Uniquely rich in paintings by European masters from the 16th to 19th centuries, few would dare to doubt that it is the world's most important museum of European painting. Its main appeal lies in the extensive presence of Velázquez, el Greco, Goya (the most widely represented artist in the museum).